•MPs changed Standing Orders to give a lifeline to bills that were not concluded before the December 2 recess.

•Saccos regulator Sasra is also listed as a reporting institution in the Proceeds of Crime and Anti-Money Laundering Act, 2009. 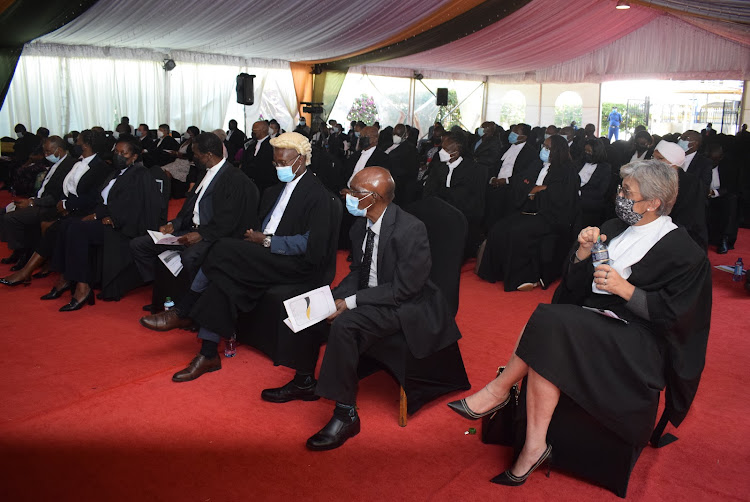 Lawyers will be compelled to cooperate with investigative agencies and disclose financial transactions deemed to involve money laundering and terrorism financing.

Advocates, notaries and other independent legal professionals who are sole practitioners, partners or employees of firms will be compelled to make such disclosures.

The state will also have powers to seize suspects' property and stop transactions at least for five days without a court order.

The government will also have powers to search a home or properties as well as spy on communications by suspects of terrorism financing and money laundering.

This would be the case should MPs at the plenary adopt changes to the law bolstering the fight against illicit cash flows in the country.

The move follows the National Assembly Finance committee’s approval of the state-backed Proceeds of Crime and Anti-Money Laundering (Amendment) Bill, 2021.

Sacco Societies Regulatory Authority (Sasra) will also be a reporting agency in the bill, which is among those that President Kenyatta recently asked MPs to expedite.

“The bill will include the legal profession in the list of professions that are supposed to report for the purposes of the Proceeds of Crime and Anti-Money Laundering Act, 2009,” the committee chaired by Gladys Wanga (Homa Bay Woman MP) said.

The proposed law says this would be in order to allow the FRC to make the necessary inquiries concerning the transaction.

“Where the centre considers it appropriate, to inform and advise an investigating authority, regulatory authority or tax agency,” the bill reads.

“For the purposes of calculating the period of five working days, Saturdays, Sundays and proclaimed public holidays shall not be taken into account.”

The post of deputy director general of the FRC has been abolished.

The Ethics and Anti-Corruption Commission and the Central Bank of Kenya have been incorporated into the Asset Recovery Advisory board.

“The advisory board would be mandated to oversee the Asset Recovery Agency on the exercise of its powers and performance of its functions,” MPs recommended.

The bill proposes that the limitations on human rights, as provided in Article 24 of the Constitution, shall apply.

The supreme law says that “a right or fundamental freedom shall not be limited except by law, and then only to the extent that the limitation is reasonable and justifiable in an open and democratic society”.

The proposed law further limits the right to privacy to provide that where a person is suspected or accused of money laundering their home or property may be searched.

It also empowers the state to seize such person’s property and the information relating to their financial, family or private affairs may be revealed.

The proposed law further states that a person’s “private communication may be investigated or otherwise interfered with.”

“The limitation shall apply only for the purpose of the prevention, detection, investigation and prosecution of proceeds of crime, money laundering and financing of terrorism,” the bill reads.

But lawyers, through the Law Society of Kenya, say that much as they support efforts towards fighting money laundering and terrorism financing, the legislative proposals affect the practice of law.

“The society opposes legislative proposals that substantially affect the practice of law, rule of law and administration of justice,” the LSK said in a memorandum to Parliament.

Lawyers argued that rights guaranteed by the Constitution may be violated if the obligation to report a suspicious transaction by an advocate by their client is enacted.

The society thus proposed the deletion of “advocates, notaries, and other legal professionals” wherever it appears in the bill.

Bankers, under the Kenya Bankers Association, also said the law was welcome but argued it risks being abused during its enforcement.

“Care should be taken not to use it to punish political opponents or business competitors because of vested interests,” the KBA said in its memorandum to MPs.

The banks further argued the bill may pose an issue when dealing with transactions in the stock exchange market, adding that FRC involvement would have far reaching negative effects.

Apart from bankers, LSK was joined by two law firms Kilonzo and Advocates as well as Nzamba Kitonga Advocates LLP in opposing the bill.

“The National Assembly must balance the need for accountability against the individual protections required for investor confidence,” Nzamba Kitonga Advocates said.

21-year-old says cash is from Belgian boyfriend to invest in land projects and safaris.
News
7 months ago

Suspect pleaded not guilty to both charges, released on a cash bail of Sh150,000.
News
7 months ago
by MOSES ODHIAMBO Journalist and Political Writer
News
07 December 2021 - 19:32