The dead included his wife, neighbours and bodaboda riders who had rushed to his house.

• The deceased included his wife, neighbours and bodaboda riders who had rushed to his house to check what had happened when they heard gunshots on Tuesday morning.

• Police said the constable Benson Imbatu attached to Kabete police station went home with his AK47 rifle and picked a quarrel with his wife Carol Imbatu. 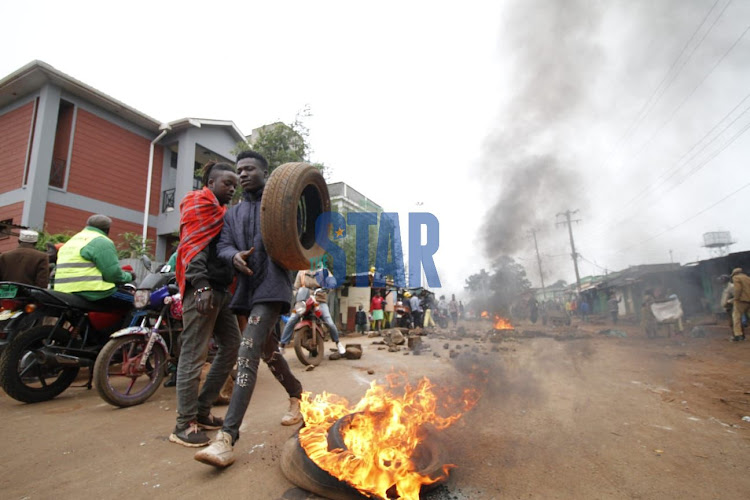 A police officer shot and killed six people before committing suicide in Nairobi’s Kabete area in a bizarre incident.

The deceased included his wife, neighbours and bodaboda riders who had rushed to his house to check what had happened when they heard gunshots on Tuesday morning.

Police said the constable Benson Imbatu attached to Kabete police station went home with his AK47 rifle and picked a quarrel with his wife Carol Imbatu.

This degenerated into the shooting.

Neighbours and bodaboda riders who operate near the Heights Apartment where the officer stayed rushed to the house to check what had happened.

This was after they also saw a fire emanating from the house, police said.

And in the process, Imbatu stepped out with his gun blazing and felled five other people including two bodaboda riders and his neighbours in different locations near the house.

“He went on a shooting spree pursuing his targets far away from the house,” said a neighbour Jane Wanjiru who hid in her house.

Two other people were shot and seriously wounded and are admitted at the Kenyatta National Hospital.

Police who were called to the scene surrounded the house before they heard a gunshot and later discovered he had committed suicide by shooting himself in the neck.

The shooting incident later sparked protests along Thiongo Road with locals demanding explanations why it happened. 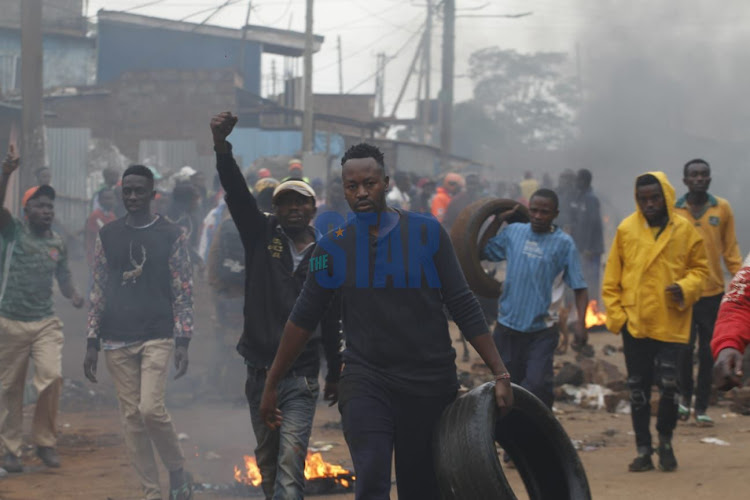 The locals lit bonfires at the scene where some of the victims died asking to be told how it happened.

“We have been told the officer had mental issues. Why was he at work?” asked one local.

“We do not know the motive of the incident but we have lost seven people including the officer who died by suicide,” said Wahome.

The bodies were taken to the mortuary.

The officer is among thousands who had hired houses outside the police lines in a new programme launched by authorities.

This is the latest incident to happen affecting police officers in a worrying trend.

The incident could be linked to increasing cases of suicide within the service, which have been associated with trauma.

Officials say trauma is the main reason for such behaviour.

According to a Kenyatta University research, the major factor contributing to suicide and murder among police officers in Kenya is work-related trauma.

The study found out that police are generally at the receiving end of all community problems.

They are expected to maintain law and order in very difficult situations. They put their lives at risk as soon as they leave home every day.

Police officers are often in touch with extremely painful issues in the community such as murder and rape, which stresses them. The stress can be passed to immediate members of the family.

Inspector General of police Hilary Mutyambai had in 2019 launched a new programme Muamko Mpya-Healing the Uniform Initiative to give psychological support to officers.

He ordered police heads to ensure counselling is integrated into the police training curriculum.