ALONE IN THE COLD

I'm on my way to UDA, says Kahiga

• Kahiga said he is looking forward to visiting Karen for a UDA cap like the rest.

•He said many elected leaders deserted the DP’s camp for fear of witch-hunt by government agencies saying in 2018, they would dine with the DP before things changed. 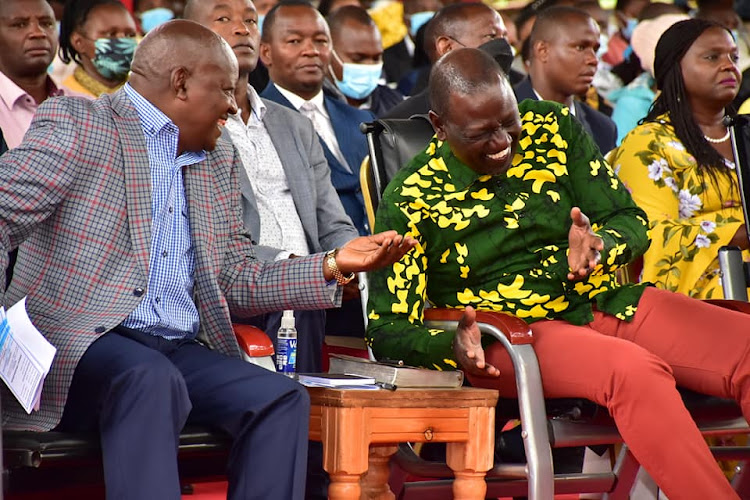 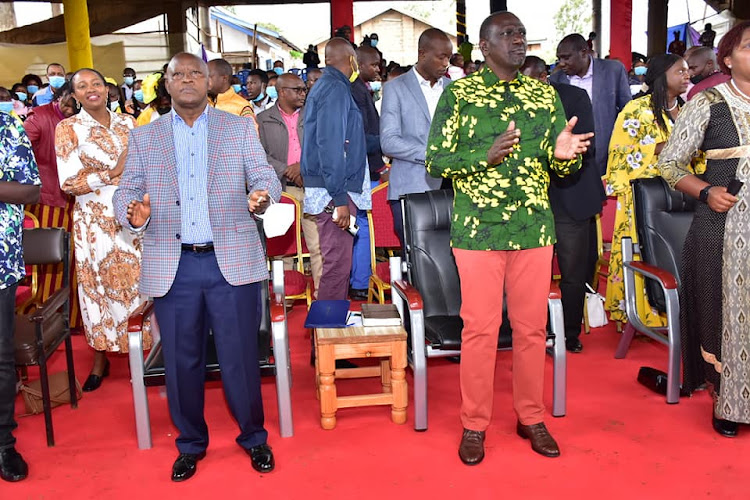 He said on Sunday that of the 10 governors in the Mt Kenya region, he is the only one still in Jubilee.

“I am the only governor left in Jubilee and the cold here will kill me. So pray for me because our house (Jubilee) has disintegrated,” he said.

The leader said the Party of National Unity (PNU) and Ubuntu Peoples Forum (UPF) are in talks to build a coalition ahead of next year's polls.

The governor spoke at PEFA Church in Ngangarithi, Nyeri town. He had accompanied the DP for a church service.

Kahiga said he was not ready to join ODM leader Raila Odinga and would rather remain without a party.

“It is good that I tell those still in Jubilee that although I'm the only governor left there, I will not join ODM. I would rather remain partyless,” he said.

Kahiga said he is looking forward to visiting Karen for a 'UDA cap' like the rest.

He said he will follow the advice of Nyeri people and join UDA.

Kahiga also promised to welcome every presidential candidate to Nyeri so they can sell their political agenda.

He said many elected leaders abandoned the DP’s camp for fear of witch-hunt by government agencies.

He said in 2018, they would all dine with the DP but things changed.

“There came a time when you would receive a phone call if it was reported that you were seen greeting the deputy president,” he said.

A week ago, when the ODM leader visited Nyeri, Kahiga found himself on the receiving end after he said residents were not interested in history but wanted to know what they would gain from his government if he wins the presidency next year.

Kahiga said for the two days Raila was in Nyeri county, he said nothing important to the people but just gave him lectures on history.

Kahiga described the DP as a person who keeps his word.

He also disagreed with President Uhuru Kenyatta’s sentiment in Nakuru that Raila will finish the 2022 race victorious.

Ruto said the Jubilee team had a vision to build a united nation and to eliminate ethnicity, division and hate.

“And it was a great dream because we brought Kenyans together. Unfortunately as you heard the governor here say, our dream of Jubilee is no more and the party that we had put together has disintegrated,” he said.

“We have dared to dream again so that we can have another party that can unite the people of Kenya because we know it is God’s will that Kenyans stay together.”

He urged the Church to help unite Kenyans by praying for leaders so they can work together to eliminate tribalism and hatred.

Speaking at Kiandu shopping centre in his constituency, Gichuhi said he took the decision after consultation with his people. 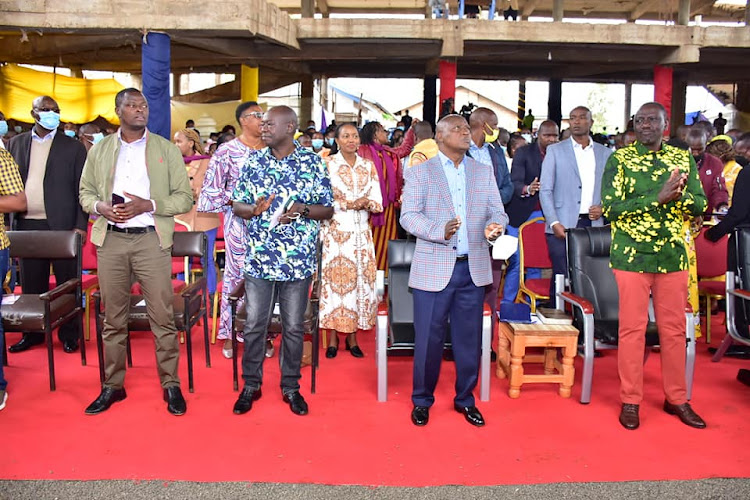