• But Mandago said he had the right to vie for any seat in the county and asked Sudi to stop thinking he can control politics in Uasin Gishu. 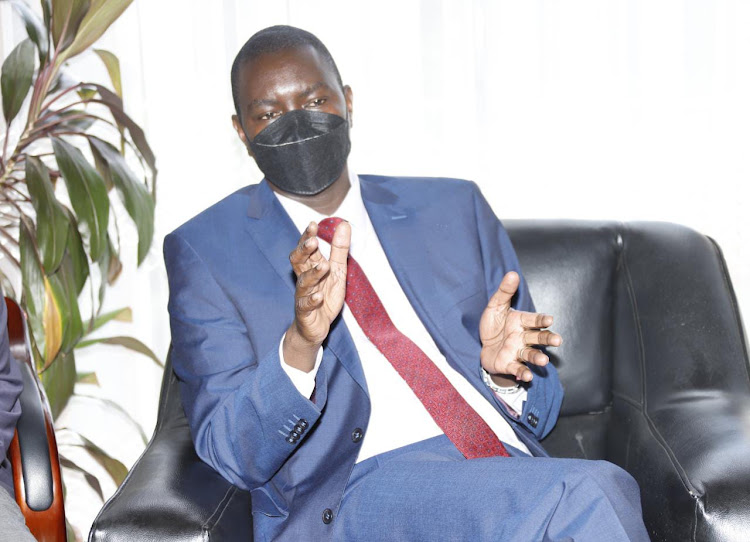 Governor Jackson Mandago has insisted he will run for the Senate seat in Uasin Gishu, even as Kapseret MP Oscar Sudi tells him to back off and give space to newcomers.

Sudi recently paraded two of the Senate aspirants — former Kass FM presenter Robert Kemei and Oliver Kipchumba Karori — who hope to face off with the county boss in next year’s polls.

Speaking at Moi's Bridge, Mandago accused Sudi of inciting residents against him.

“Sudi has even claimed I am from Turkana but that doesn't bother me because Turkanas are also human beings and Kenyans," Mandago said.

At a function in Kesses constituency, Sudi paraded Kemei and Karori, who so far are the two leading candidates seeking the Senate seat.

“I am in the race and this time the people of Uasin Gishu will give me chance to serve them as senator," Kemei said.

In the last general election, Kemei narrowly lost to Senator Prof Margaret Kamar. She has yet to declare if she will seek reelection. 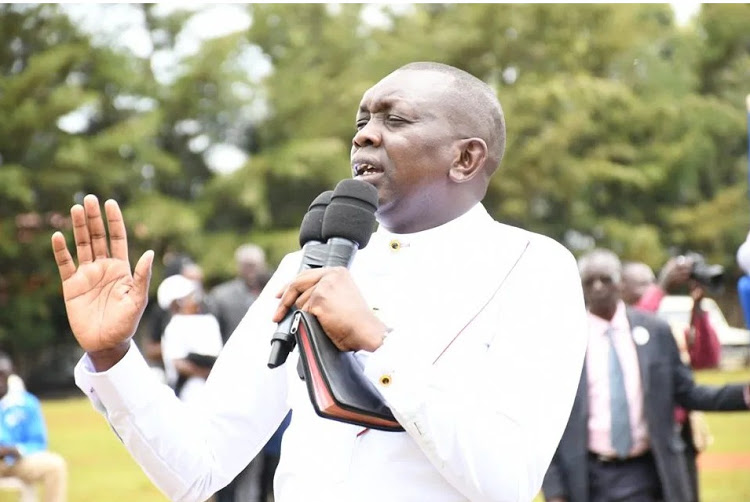 Kamar is among local politicians considered critical of DP William Ruto but she has kept a low profile, saying nothing yet about her plans.

During the recent IEBC voter registration, she urged young people to register as voters and cast their votes next year.

Karoli is a newcomer to Uasin Gishu politics but during the recent visit by DP Ruto to Kesses, he was wildly cheered when he was introduced.

“Mandago should let other people like Kemei and Karoli to vie for the local seats like Senate as he goes out to support the DP  in national campaigns," Sudi said.

Sudi and Mandago have clashed publicly over the governor's decision to run for Senate after his second term ends. Both are allies of Deputy President William Ruto.

Sudi has asked Mandago to drop his plan and allow others to run for the Senate.

Mandago has told Sudi to stop thinking he can control Uasin Gishu politics.

Sudi also told a local FM radio station he has nothing personal against Mandago but said he should aim higher and not engage "reverse gear" in local politics.

“Mandago should go out there and now look for a national seat like other men," Sudi said at an event in his constituency. He said elective seats were not the preserve of certain people.

“The MP for Kapseret has been going round talking badly about me ... but I want to warn him he is playing with fire. I will ensure he leaves the leadership i this county," Mandago said.

Sudi warns Mandago against Senate run, says give others a chance

Mandago tells Sudi to mind his own business, warns he is 'playing with fire'.
Counties
5 months ago

Ruto has many friends in Rift Valley seeking the UDA ticket but DP wants to let people decide
Counties
6 months ago
by BY MATHEWS NDANYI
News
02 December 2021 - 22:00