• He said electorate should be allowed to exercise their freedom in choosing their leaders.

• On Tuesday, Ruto  termed small parties the biggest impediments to Kenya’s development as they further hate, division and ethnicity. 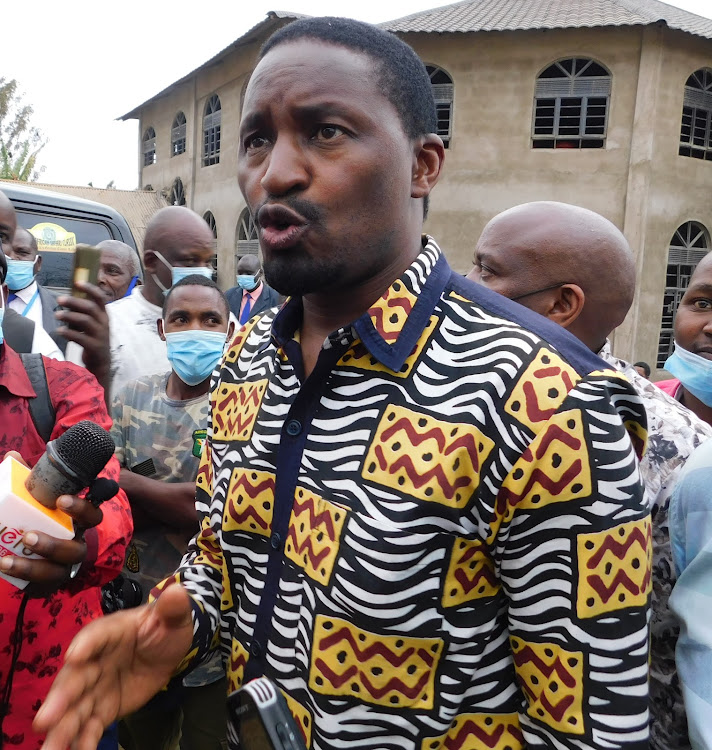 The former Agriculture Cabinet Secretary told off the DP, saying that telling voters to elect only UDA candidates is tantamount to weakening Mt Kenya leaders.

Speaking to the Star, Kiunjuri said the electorate should be allowed to exercise their freedom in selecting their president, governor, senator, woman representative, MP and MCA.

"Your intention now is to kill other parties, especially in Mt Kenya and Rift Valley, by preaching against them. You don't know what lies ahead. You may just need us and therefore this condemnation of other parties is uncalled for," he said.

"We cannot go back to the pit that Jubilee put us into. We merged our parties with the hope we were transitioning into more mature and open governance.

"But look where we are and what has happened to the Jubilee Party. We cannot be duped again to fold up our parties," he said.

On Monday, Ruto met women's groups at his Karen residence and said tribal parties should not be given a chance in Kenya's political space.

He termed them the biggest impediment to Kenya’s development, claiming they further hate, division and ethnicity.

Ruto, who is positioning the United Democratic Alliance party as a massive movement, said it was impossible to unite the country if “everybody has his political party from his corner, from his community, from his region."

In a rejoinder, Kiunjuri said all parties that have been registered by the Registrar of Political Parties met all legal requirements.

He said no party can claim to be national while others are regional or tribal.

"I urge Kenyans not to elect parties but leaders who will deliver on their promises and be ready to role out development. Let no one lecture you on how you should vote for this or that party," he said.

Kiunjuri has been on a marketing spree of his party across the country. He said Mt Kenya leaders should be firm and protect their political vehicles, as this will earn them respect in the eyes of presidential hopefuls they wish to support.

The TSP leader said pre- and post-election coalitions will be entered into, only if there are existing political parties with backing.

Political activities have heightened in Mt Kenya region, with every political contender jostling for a share of votes.

Many political parties have been registered, which Kiunjuri said should be encouraged.

Kiunjuri further accused the DP of double standards, by calling for the dissolution of political parties in Mt.Kenya, but advocating a working relationship with parties from other regions.

Claim voters should be given a freehand to choose leaders of their choice in other positions.
News
1 month ago

Plans to run for Uasin Gishu governor as an independent, DP wants party to bag all seats
News
1 month ago

Those choosing togo against this reality are likely to lose.
News
2 months ago