I came to take my father back to Tanzania, man charged with theft tells court

Accused had been arraigned for stealing a Nokia mobile phone valued at Sh8,000 and Sh10,000 in cash 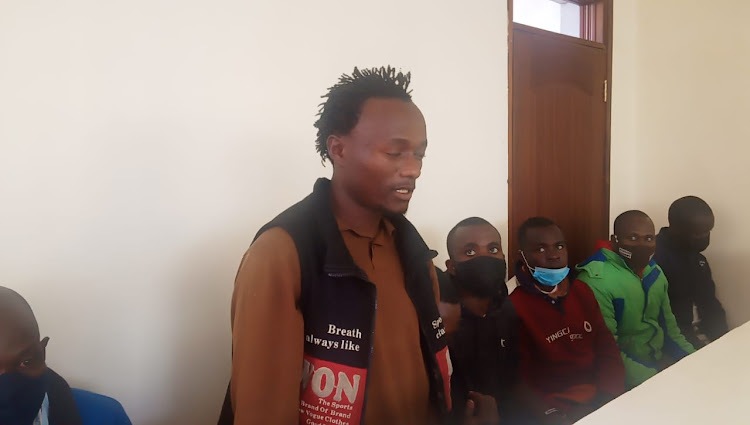 A man who pleaded guilty to stealing his father’s mobile phone and some cash and later disappeared on Tuesday told the court his father had refused to go back home.

Lais Mzee told Kibera senior principal magistrate Monica Maroro that his father took him to the police after he asked him to go back home and added that he was ready to serve the jail term.

“If my father wants me go to jail, that’s okay with me. I have admitted because it has been long since we went back home and he denied me money,” he said.

Mzee had been arraigned for stealing a Nokia mobile phone valued at Sh8,000 and Sh10,000 in cash the property of Mzee Labiki on October 23 along Manelik road in Kilimani, Dagoreti subcounty.

According to prosecution, on the said day at about 10am the accused approached his father and asked for money to travel back to Tanzania to check on their relatives.

"His father however said he did not have enough money and that the little he had was for the shop stock,” prosecutor Njenga Kinuthia told the court.

Kinuthia told the court that when the complainant left the shop briefly, the accused took advantage and collected the cash from the drawer and also took the phone which had been left on the counter before disappearing.

When his father came back, he did not find him. His phone and cash were missing too.

He suspected his son had stolen from him.

The following day, he got some reports that his son has been spotted in Tanzania.

A month later, Labiki got a tip off that his son had return to Nairobi and that he had been seen at Gikomba market.

The prosecution told the court that the accused was later arrested and taken to the police before he was arraigned.

The magistrate directed that the accused be detained until Thursday for a probation report to be filed in court.

Having heard his argument, the court ordered for a probation report to be done and tabled in court pending determination of his sentence.