• In her farewell letter, Dr Ngugi insists Kenya has a “moral authority” to provide the currently unavailable HIV commodities for babies. 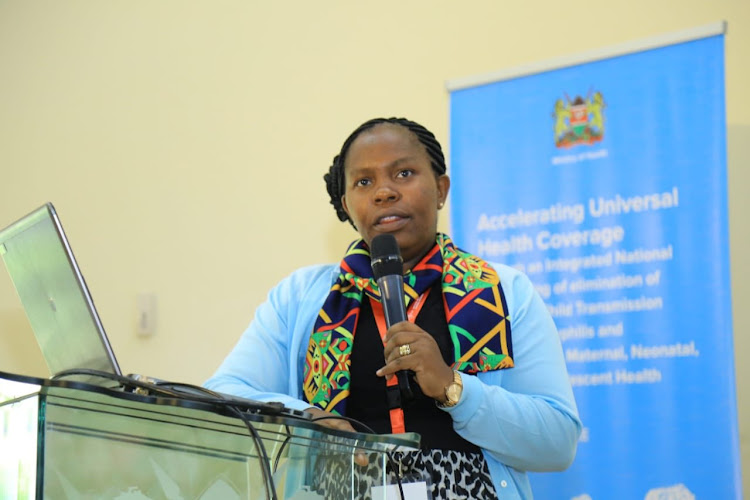 The Ministry of Health has replaced Dr Catherine Ngugi as the head of HIV treatment and prevention services in Kenya.

Dr Ngugi was moved to a little-known standards and regulation division in the Ministry.

She headed Nascop for two and half years. But her final year was tumultuous, marked by embarrassing shortages of antiretroviral drugs, HIV test kits for babies and adults, and lack of condoms.

Advocates within the HIV sphere say she was sacrificed yet she is not to blame for the crisis.

“Apparently, Dr Ngugi was the only MoH official who came close to admitting that there was a problem with commodities.  She was not smart at denial and that is what cost her, her job,” one official told The Star.

"The government wants people who can say ARVs are available even if they are not," the advocate added.

Nascop is a high profile division within the Ministry of Health, which coordinates all HIV response in Kenya.

Dr Wafula is a veteran at Nascop, well-known for her work in the prevention of mother-to-child transmission.

"Dr Ngugi encountered a lot of problems which were not of her making, and she did the best," said James Kamau, head of the Kenya Treatment Access Movement.

"But also we're very elated to have Dr Wafula, who is very conversant with HIV response in Kenya."

In her farewell letter to staff, Dr Ngugi also admitted 2021 was a difficult year for her team.

The ARVs and HIV commodities crisis was triggered by Usaid’s refusal to release donated drugs to Kenya for six months since January.

“It was an uphill task but commitment from all parties ensured we reached an amicable position,” Dr Ngugi said.

Kenya still lacks HIV test kits for children, which means babies born to mothers living with HIV are not being tested for the virus.

"This is the emergency we are now facing as we approach nearly a year without testing infants and children exposed to HIV."

In her farewell letter, Dr Ngugi said Kenya has a “moral authority” to provide point of care of viral load for babies and early infant diagnosis.

“A delay in relaying EID (Early Infant Diagnosis) results harms treatment outcomes when children are started on treatment with advanced disease. As a country and with the many stakeholders in HIV response we have a moral responsibility,” she said.

She also outlined her achievements while in office.

She also spearheaded introduction of new ARV for babies, DTG 50mg and 10mg, early this year.

Through her leadership, Nascop has already developed several key documents, including the 2021-2025 Strategic plan, which will launched any time.