It is the first locally produced electric motorcycle in Kenya, was displayed in Makueni

•Its body is made from well-shaped Jua Kali mabati and painted black. The dashboard is sleek and comes with one lithium battery. 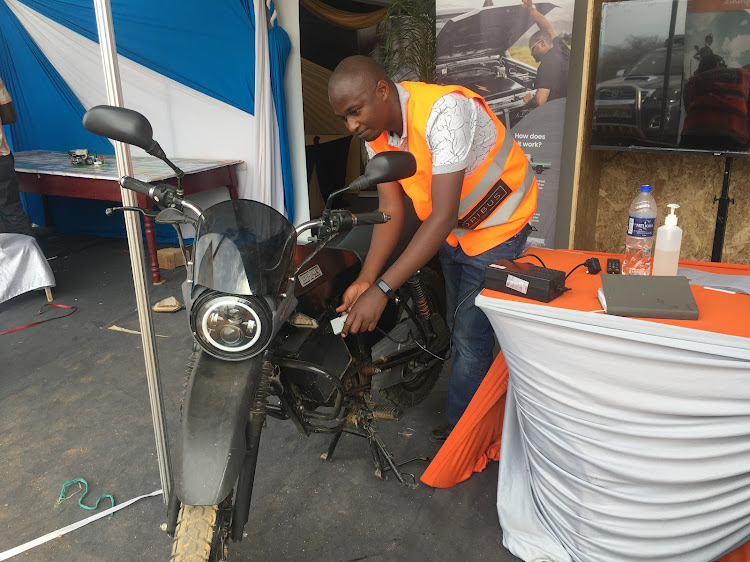 Dennis Wakaba, the project coordinator at Opibus shows the motorcycle at the devolution conference in Makueni.
Image: JOHN MUCHANGI

This boda-boda might not win a beauty contest. But when it is rolled out next year, operators will spend only Sh100 to ride it from Nairobi to Nyeri town, a distance of about 100 kilometres.

Its body is made from well-shaped Jua Kali mabati and painted black. The dashboard is sleek and comes with one lithium battery.

It is the first locally produced electric motorcycle in Kenya.

At least 100 units have already been sold around Nairobi, western Kenya and in Ghana to select companies, but will be available to the general public from January.

“It will be the most-cost effective boda boda on the market in Kenya,” said Dennis Wakaba, the project coordinator.

Opibus hopes Kenyans will embrace the electric boda boda based on the extremely low operational costs.

Wakaba said the lithium battery needs about three units of electricity to fully charge. “This would cost about Sh100 under the current Kenya power prices [plus taxes]. Our tests show a fully charged battery can take about 100 kilometres before it is fully drained,” he told the Star at the Devolution Conference.

In contrast, a petrol-powered motorbike would require minimum of five litres of fuel – about Sh645 –to drive for 100 kilometres.

“So you save about Sh500 bob. And because it is electric, it is almost maintenance-free. So oil change, no spark plugs. It is also free of clutch and transmission issues,” Wakaba says.

“It produces no fumes and almost no noise because it is electrically powered. It even accelerates instantly.”

About 3,000 delegates from across the country attended the four-day conference themed “Multi-Level Governance For Climate Change”.

Opibus used the conference to dispel fears and misconceptions about electric vehicles, including the idea that they are only workable in industrialised countries with reliable power.

Wakaba said the motorbike currently comes with one battery. But it will be modified to carry two batteries when sold to the public next year.

The batteries can be removed from the bike for charging on a normal wall socket using what looks like a huge mobile phone charger.

Electric vehicles are gaining popularity around the world due to the climate harms associated with burning fossil fuels.

According to a government strategy, all new public buildings are required to have charging stations.

Investors are already excited by this move.

Early this month, Opibus announced today that it had raised Sh800 million ($7.5m) in funding led by a Silicon Valley fund.

The investment was the largest ever in an electric mobility company in Sub-Saharan Africa and will help the first scale its operations in electric motorcycle and bus manufacturing. 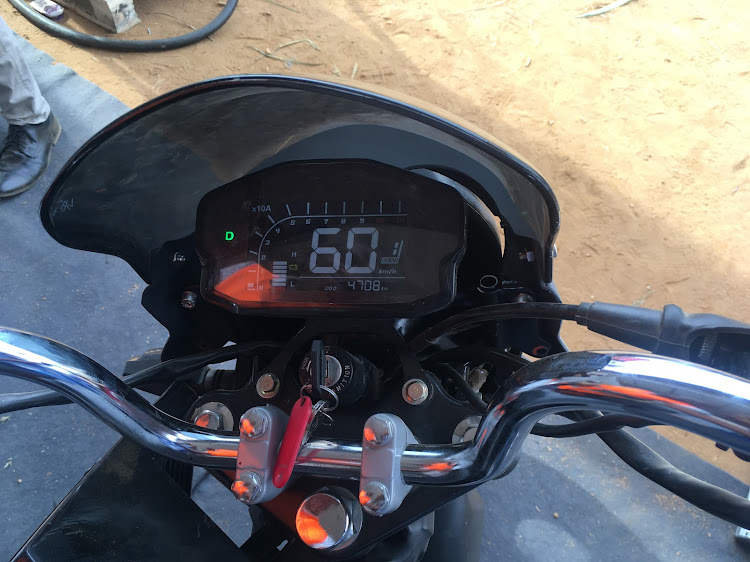 The company was set up in 2017 in Sweden with a mission to create new electric mobility solutions for emerging markets.

It chose its global headquarters in Nairobi because Kenya is not only the fastest-growing nation in sub-Saharan Africa but already imports a high number of used petrol/diesel vehicles.

By last year, the number of electric vehicles in Kenya was estimated at only 300 and is projected to grow widely.

“This presents an unprecedented opportunity to leapfrog technology in Kenya and all of Africa, as electric vehicles may make even more sense here than anywhere else in the world, with unlimited sun and already 86% renewable energy production,” said the company’s head of marketing and strategy, Albin Wilson, in a past interview.

He added: “What strengthens the leapfrogging argument is that it has happened before with phone landlines and credit cards, Kenya went straight to mobile telephones and digital payments.” 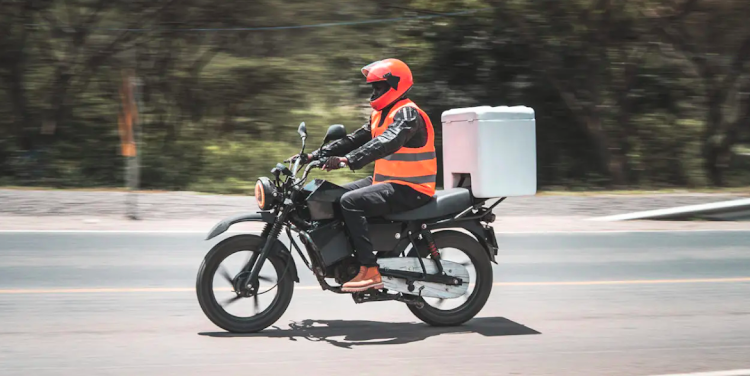