Plans to run for Uasin Gishu governor as an independent, DP wants party to bag all seats

•During his tour of Nandi and Uasin Gishu last week, Ruto asked residents to make sure they only elect UDA candidates and back him for presidency through the party.

•Buzeki has declared that he will vie for the governor seat in Uasin Gishu through an independent ticket and he is angry that the DPs remarks were targeted him and aspirants from other parties. 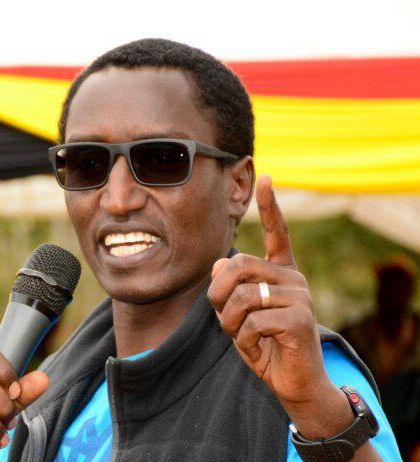 Uasin Gishu politician Bundotich Buzeki has told off Deputy President William Ruto over his push to have only UDA candidates elected in the Rift Valley region in the 2022 General Election.

During his tour of Nandi and Uasin Gishu counties last week, Ruto asked residents to make sure they only elect UDA candidates and back him for president. He made the remarks in Kapsabet town and later in Kesses Constituency.

Buzeki has declared he will vie for the governor seat in Uasin Gishu on an independent ticket and he is angry that the DP's remarks were targeted at him and aspirants from other parties.

“I took that to be a direct affront on me and a way to force people in the region to elect people who will be forced on them through sham UDA primaries,” Buzeki told the Star on phone.

Buzeki said he would equally go out of his way to campaign against the DP, including in Mt Kenya.

“I will go and also tell the people of Mt Kenya region the truth about Ruto.  He does not deserve to be elected at all,” said Buzeki.

The rallies held by DP William Ruto in Nandi and Uasin Gishu on Wednesday last week were turned into bashing grounds for his critics in the Rift Valley region as they were accused of betraying the DP.

Those who were not present including Senator Margaret Kamar, MP  Sila Tiren of Moiben and Buzeki among others.

Keter could not address crowds in Kapsabet as the DP’s allies harshly told him that he had just joined UDA too late to ride on Ruto’s back in seeking re-election in then go dine with political enemies.

“This time around we will be here to ensure that those who just want to ride on Ruto’s back and then betray him will not be elected,” said MP Aden Duale.

Duale, alongside Kapseret MP Oscar Sudi, Kimilili MP Didmus Barasa and Women Representative Gladys Shollei, led the attacks on the Ruto critics asking voters to ensure they only elect loyalists during the elections.

Ruto appeared to weigh in when he asked locals to ensure they elect only UDA aspirants during the elections.

“I am asking you to support me here at home as I go out there to seek support. Organise for those you will elect here and ensure all of them will be UDA candidates,” said Ruto at Chebolol where he led fundraising for 36 churches.

At the fundraiser in Kesses constituency, area MP Dr Mishra was invited to speak but his efforts were drowned in heckles.

“Even if you heckle me and even if you don’t re-elect me I will remain a Kalenjin,” Dr Mishra said amid the heckling.

Dr Mishra, Tiren, Keter Cheranganyi MP Joshua Kuttuny, Elgeyo Marakwet Governor Alex Tolgos and Buzeki have been harsh critics of the DP but in recent weeks Keter changed his stand to join the DP’s camp while the others have taken a low political profile.

“People like Dr Misha have been dining with those who don’t want the DP and we should not entertain them just because of elections. They have proved that they will turn their back once elected,” said Barasa.

The rallies were also turned into competing grounds for Ruto’s allies who are seeking elective seats in the region.

In Kapsabet hundreds of youth allied to the politicians heckled some of the leaders as the battle for the UDA tickets intensified ahead of the elections.

In Uasin Gishu aspirants for the governor seat ferried their supporters to heckle or cheer during speeches in attempts to show support or rejection before the DP.