Her two aides were also injured and are admitted in hospital.

•Mugo, who is admitted at Reale Hospital in Eldoret told police her car was blocked by gunmen driving in two vehicles, both Subarus.

•She claimed that attack could be linked to a murder case she was investigating. 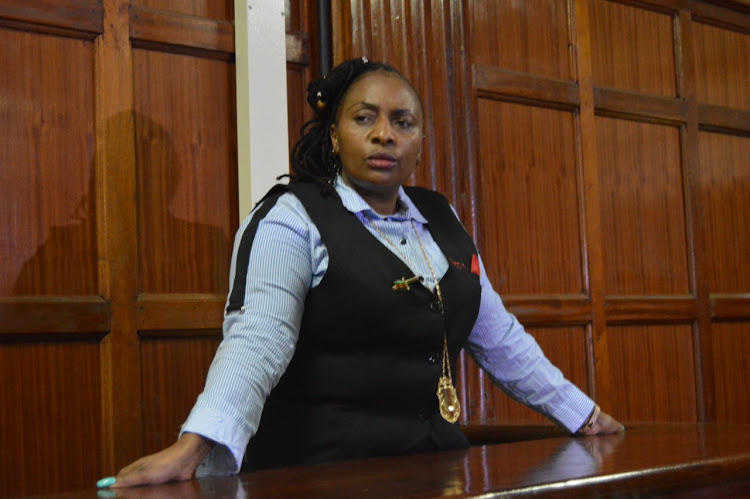 Controversial private investigator Jane Mugo was admitted in hospital after she sustained a fracture on the hand and head injuries in a carjacking incident at Burnt Forest area, Uasin Gishu county, on Thursday night.

Her two aides were also injured and are admitted in hospital.

Mugo, who is admitted at Reale Hospital in Eldoret told police her car was blocked by gunmen driving in two vehicles, both Subarus.

She claimed the attack could be linked to a murder case she was investigating. Mugo said she had been operating between Busia and Bungoma for the last four days and was driving back to Nairobi when the incident occurred.

Mugo said she was being driven from Bungoma by her driver Kevin Okoth and accompanied by Newton Manyana and on reaching Ainabkoi- Kapsabet junction near Ainabkoi State forest, they were blocked by a black vehicle.

Two of the occupants took control of Mugo’s car after removing her from the car and drove away with her driver and bodyguard.

Mugo was then attacked and sustained a deep cut on her head and both hands before being dumped a few metres away.

She was later assisted by members of public who took her to Kondoo police station before being taken to Burnt Forest Subcounty Hospital.

“The victim cannot exactly comprehend the incident since she is exhibiting signs of being in pain though appearing stable,” police said.

Mugo’s aides later made a report at the station that they were carjacked by six men armed with AK-47 rifles who fired two shots- one in the air and one bullet hitting their vehicle.

They were all blind folded while being beaten with sticks. Okoth sustained a fracture on the right leg below the knee while Newton Mkoyanzi sustained injuries on his body.

They were then bungled into one of the three vehicles and driven to an unknown destination.

Along the way, they claimed, they were forced to drink an unknown substance and were at around 8pm dumped at Narasha forest within Tinet area in Koibatek, Baringo county before they were driven to Torongo Health centre for treatment.

The nurse on duty called police officers from Torongo police post. The two were later taken to Eldama Ravine Subcounty Hospital where they are admitted in fair condition.

The vehicle they were driving in together with her crew, a Toyota Prado was on Friday morning recovered in Mumias.