To save the plant, an Embu-based doctor is processing the root extracts into capsules

• “Mondia whitei (Mukombero) has anti-oxidants which protect the body from invasion by diseases including cancer,” Dr Nyaga told The Star.

• His products are displayed at the Embu County stand at the ongoing Devolution Conference in Makueni. 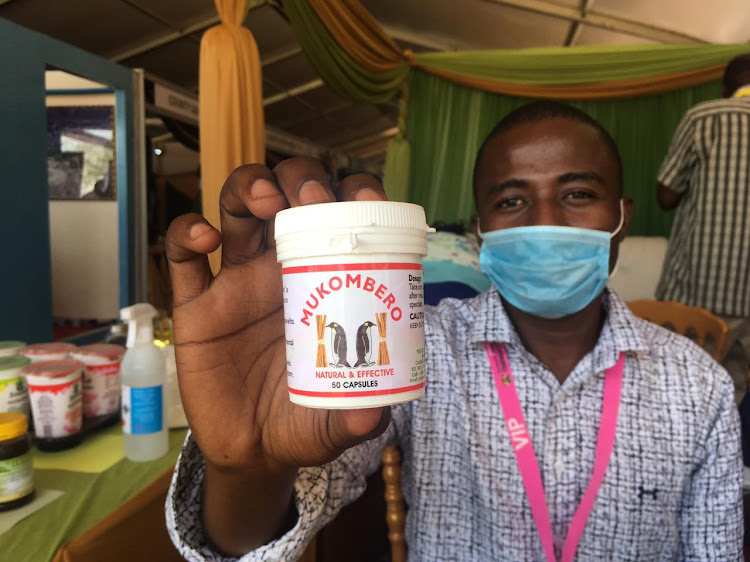 WHAT THE DOCTOR ORDERED: One Mukombero pack, containing 50 capsules, on display and sale at the seventh devolution conference in Makueni.

There is now scientific evidence that mukombero, the popular root mostly sold as a sexual vitality aid, rises to the challenge and has other medicinal values.

The problem is, it is now being harvested to near extinction.

As a way to serve humanity and save the plant, Embu-based pharmacist Dr Pattedy Nyaga is processing the root extracts into capsules that men and women can pop twice a day.

His products are on display at the Embu county stand at the ongoing Devolution Conference in Makueni.

One mukombero pack contains 50 capsules and costs Sh1,900. And since it is only sold at Neema Pharmacy in Embu, Dr Nyaga says the demand at the Makueni conference is overwhelming.

“Mondia whitei (mukombero) has antioxidants which protect the body from invasion by diseases including cancer,” he told the Star.

“It’s also good for the brain, and is good for the heart. Nowadays, people get dementia very young at 60 years because of stress. Mukombero capsules can deal with that.”

He insists the root must not be seen as a sexual enhancing drug only, although that component has also been proven in laboratories.

A recent study funded by the Tianjin Science and Technology Foundation and the National Natural Science Foundation, both of China, confirmed that the roots do improve appetite and libido, and can act as an antidepressant.

Viga is extracted from Ashwagandha, one of the most important herbs in Ayurveda, a form of alternative medicine based on Indian principles of natural healing.

Other products included honey, milk products and tea and coffee products from within the county.

The ongoing conference ends on Friday and will be closed by Deputy President William Ruto.

This year's theme is ‘Multi-level Governance for Climate Action: Sub National Mobilisation in Unlocking the Full Potential of Climate Action during after pandemics.’

The conference, which has been held annually for the last six years, will be scheduled once every two years starting next year.

This conference was to be held in August this year, but was postponed due to Covid-19 directives in the country.

Initially, the conference had been scheduled for May 3 to May 7, 2021.

Agencies involved in planning the conference include the CoG, the Presidency, Ministry of Devolution, development partners, and Senate.

Others are the Ministry of Environment and Forestry, Ministry of Health, County Assemblies Forum, civil society organisations, and the private sector. 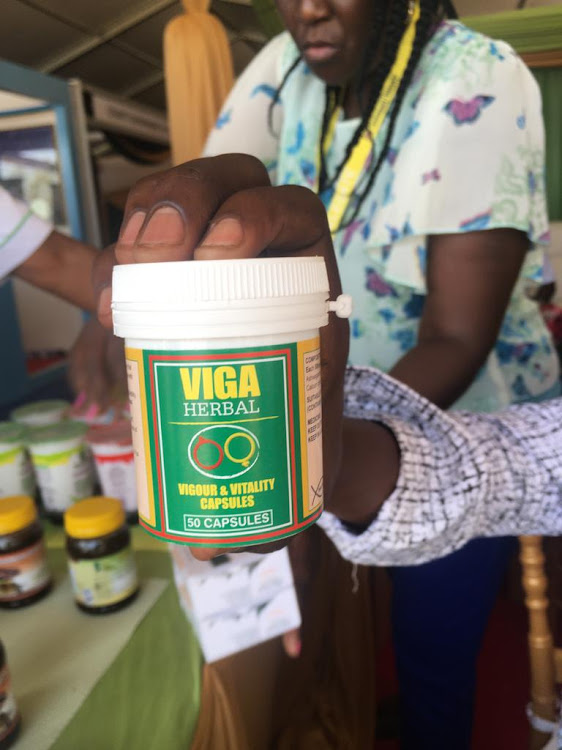