•Murgor alleged that Lang’ata deputy DCIO who has been in charge of investigations over the matter has not been cooperating in concluding the probe to charge the two.

•He said a plan was afoot to excuse the two and turn the case to his nieces. 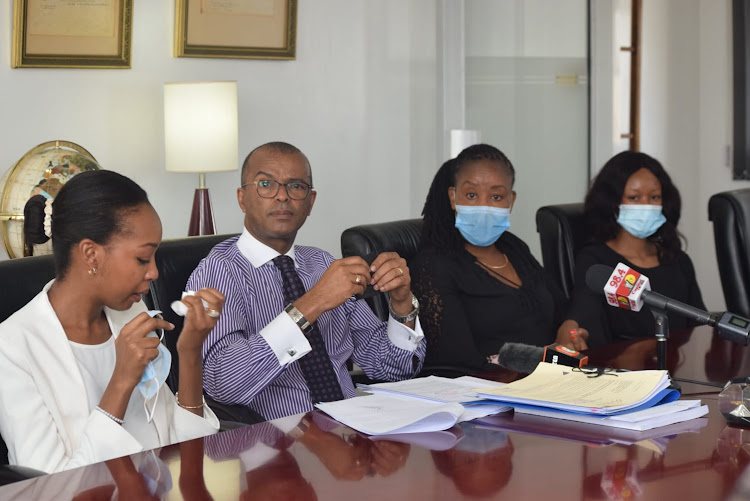 The assault case by the Murgor sisters against the Ndichu twin brothers took a fresh twist on Thursday after their lawyers traded accusations of extortion and obstruction.

While Stephanie and Cheryl Murgor’s lawyer Philip Murgor has been pushing for prosecution of the Ndichus, their lawyer wants the police to arrest and charge the sisters with affray.

Murgor said the police and the DPP were colluding to delay the arraignment of Paul and Eddie Ndichu.

The two brothers are accused of assaulting the two sisters after a late-night wedding party at Ole Sereni Hotel in Nairobi.

The senior counsel alleged that Lang’ata deputy DCIO, who has been in charge of investigations over the matter, has not been cooperating in concluding the probe to charge the two.

He said a plan was afoot to excuse the two and turn the case to his nieces.

Murgor said his efforts to get his nieces’ justice got frustrated when the hotel dragged its feet to release the CCTV footage capturing the incident.

When the footage was availed he said, it was tampered with and eight seconds of the recording allegedly deleted.

Murgor said if the DPP does not arraign the two, then they will exercise their rights as per the constitution and mount a private prosecution.

He said the lawyers of the alleged perpetrators have been frantically reaching to him to settle the matter out of court.

Murgor said the push to have the sisters record statement and be processed for prosecution was to force them into negotiation with the alleged perpetrators after both sides have been charged in court.

ODM secretary general Edwin Sifuna, Ndichu's lawyer dismissed Murgor complaints, characterizing them as efforts to ostensibly purport to influence or direct the ODPP in the matter.

“The Murgor sisters must be reminded that the ODPP is an independent office not subject to direction or control of anyone, including a famous uncle,” Sifuna said.

On the claim of pursuing out of court settlement, Sifuna said it was Murgor and his team who have been seeking to have the matter settled and that the push to charge his clients were a ploy to exert leverage to get a ridiculous amount of money.

He dismissed a letter dated October 26 by Njenga Kiarie from Amadi and associated to Murgor on behalf of the brothers, offering to negotiate the matter out of court.

Sifuna said he was the sole lawyer of the two and all communication on this matter will originate from the undersigned and all inquiries or clarifications should be addressed to him (Sifuna).

He said the senior counsel was out to use old networks in the ODPP to intimidate (it) and DCIO Langata into levelling unsupported charges against the Ndichu’s to use those charges to blackmail them into settling a matter in which they are innocent.

“Contrary to what the Murgor sisters are claiming, our clients’ have made no offers to settle this matter because they believe in due process. We want to meet these extortionists in court. We will not negotiate with criminals,” Sifuna said.