Family to wait longer for justice in Wanjiru murder case 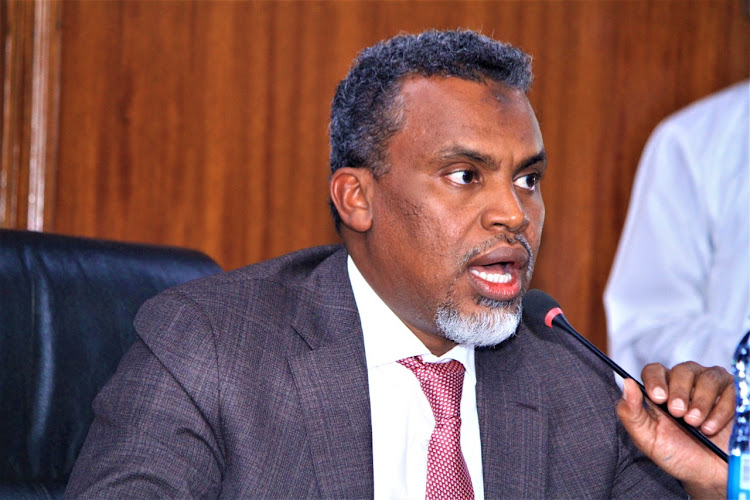 The family of murdered Nanyuki woman Agnes Wanjiru will likely wait for long for justice.

Director of Public Prosecutions Noordin Haji has ruled out using a social media confession of the British soldier alleged to have killed her to take the suspects to court.

Haji said his office will have to wait for the Directorate of Criminal Investigations to conclude its probe and identify the real suspects behind the nine-year-old murder case.

The Attorney General has also written to the UK authorities to help in identifying the culprit who made fun in a group of nine colleagues, through a Facebook post, in which they laughed over the crime.

Speaking when he appeared before the National Assembly’s Defence and Foreign Relations Committee, the DPP termed the social media confession insufficient, saying he will not rely on the same to prosecute his case.

“We cannot rely on [the] confession. We are therefore waiting for DCI to finish further investigation,” Haji said.

He added: “We really have to understand the complexity of this case. Even if we have one person giving confession on social media, there are others we must get.”

The DPP first received investigation file from DCI on October 16, 2016, and upon perusal, advised for an inquest to be instituted to unravel the murder.

A public inquest was carried out and a verdict rendered by principal magistrate Njeri Thuku on November 5, 2019.

The verdict ruled that Wanjiru was murdered by British soldiers.

A total of 13 witnesses gave testimony during the inquest proceedings.

Haji narrated to the session chaired by Saku MP Raso Dido that his office was frustrated in getting the court file and typed proceedings of the case as the Judiciary was not cooperating despite several requests.

It was not until December 2020 that Haji’s office obtained the certified copies of the proceedings from the Ministry of Defence.

Haji later wrote to the DCI to investigate further some grey areas in the ruling before he swings into action.

He was responding to the protests by MPs who were questioning the delay in handling the case by the Kenyan authorities.

Raso said the committee is concerned by the inaction of the government and the delays in taking appropriate action nine years after the murder.

“When we look at the time the inquest was completed and time you are asking for more information, would you consider that time is unreasonably longe?” the Saku MP said.

“My biggest worry is interference with evidence. The more we delay the more we destroy this case," Central MP Moses Kirima said.

"There is interference as far as I am concerned. We are being taken round and round and at the end of the day we will come out with nothing,” he said.

“When a court file goes missing, somebody is trying to sabotage investigation. We really need you to take charge,” Kilonzo told the DPP.

But Haji assured the House team that his office will get to the bottom of the case and ensure justice is served.

The Committee has summoned DCI George Kinoti to appear before it next week to appraise them on the progress of the investigation.