ODM leader Raila Odinga is expected at the event.

• Opposition chief and ODM leader Raila Odinga is expected at the event. 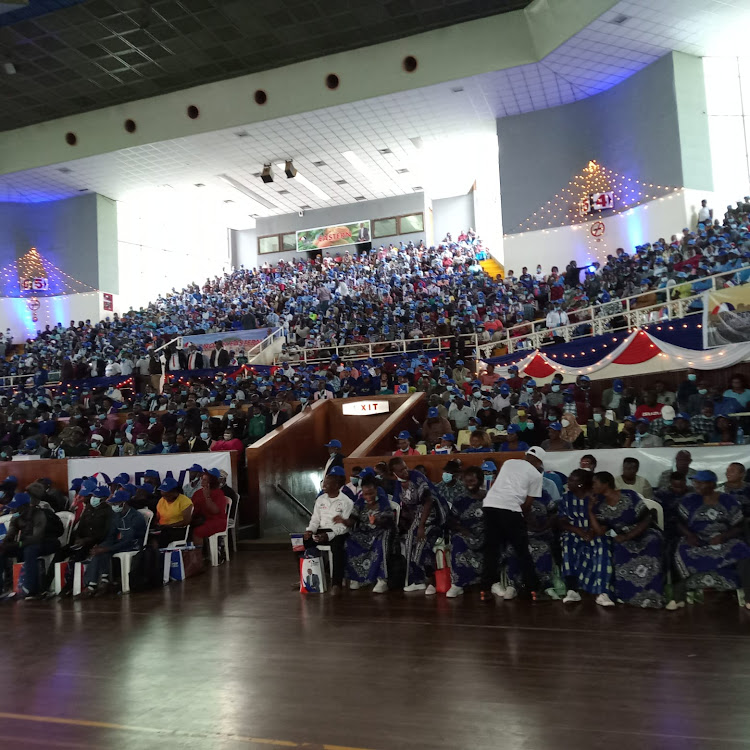 The Wiper National Delegates Convention has gotten underway at the Kasarani Gymnasium with party boss Kalonzo Musyoka expected to be endorsed as the presidential flag bearer.

Some 6,000 delegates have already converged at the auditorium as invited guests continue to stream in for Kalonzo's big day.

Opposition chief and ODM leader Raila Odinga is expected at the event.

Security has been heightened in and out of the stadium to ensure the safety of the delegates and dignitaries gracing the occasion.

Kalonzo who is planning a second stab at the presidency next year has pulled a massive jamboree with delegates from all the 1,450 wards across the country.

For the first time, the party has also invited select university students as part of Kalonzo's vision to identify and nurture future leaders.

Delegates clad in blue caps, T-shirts and Wiper emblazoned regalia have filled the gymnasium to capacity with entertainment now underway.

It has also emerged that the Wiper National Executive Committee has made radical changes to the party’s leadership that will be ratified at the NDC.

The former vice president is widely expected to receive an affirmation from delegates drawn from all 1,450 wards countrywide to fly the Wiper presidential banner.

Kalonzo will also get approval to scout for 2022 alliances that will enhance Wiper’s chances of forming the next government despite a powerful force of Deputy President William Ruto.