•Simekha has been a top ODM operative for over 15 years.

•The governance and policy expert was a key campaign strategist for ODM and party leader in the region. 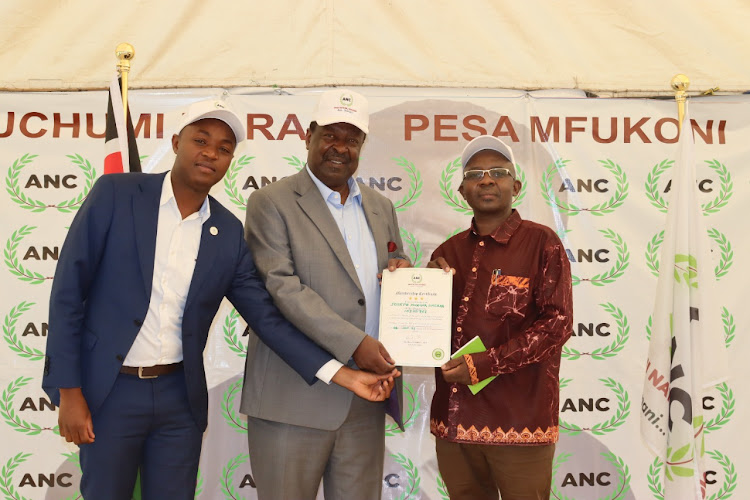 Speaking to the Star, Shimekha said he had gone through all the processes needed to leave one party for another.

“I have signed all the forms and filled documents to join ANC. It was a formal process, not hearsay,” he said.

Shimekha said he decamped from the orange party as advised by his supporters on the ground.

“ANC has gained a lot of ground in the region and my people asked me to be in the right party,” he said.

Simekha has been a top ODM operative for over 15 years and last year, he was a technical team member representing the party in the BBI committee where he chaired the policy team.

The governance and policy expert was a key campaign strategist for ODM and party leader in the region.

He served in his presidential campaign teams in the last three elections.

In the last elections, he was the chairman of ODM presidential agents and county coordinators.

He was captured on camera during the last general election fending off an attempt by policemen to enter the ODM tallying centre.

The capture of Simekha by Mudavadi is seen as a big gain for ANC, particularly in Western Kenya where the party is keen to dislodge ODM.

Simekha, who also chaired the ODM Vihiga governor’s campaign team, will be contesting for the county's senatorial seat on the ANC ticket.

Mudavadi said he was elated to welcome Simekha to the team saying the move will help strengthen the party at the national level and in Western.