Last week, the court ruled that the petition lacked merit and dismissed it. 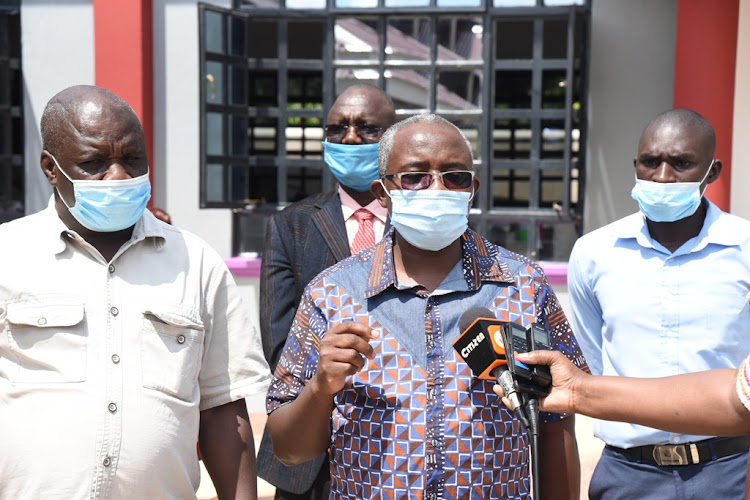 The 2021-22 Vihiga county budget case is headed to the Court of Appeal after petitioners said they will challenge last week's decision by the High Court.

Petitioners Joseph Simekha and former county secretary Francis Ominde had moved to court five months ago seeking to stop the implementation of the budget, citing violation of budget-making processes.

Last week, the High Court in Kakamega ruled that the petition lacked merit and dismissed it.

But Simekha and Ominde said Justice William Musyoka erred by dismissing their petition on grounds that Deputy Governor Patrick Saisi and his four colleagues attended a meeting that approved the budget.

The judge said the case would have tilted in the petitioners' favour if the five responded contrary to the governor's allegations.

But Simekha and Ominde said Saisi and four others swore and filed an affidavit stating that they never attended such a meeting. Their affidavit is on record in the case file.

“The judge has unwittingly, willingly or with some assistance chosen not to see this affidavit from five interested parties. The judge quotes this affidavit by the deputy governor in his ruling,” the two said in a statement on Tuesday.

“In view of the above glaring inconsistency, we have decided to proceed to the Court of Appeal, hoping that the judges there have better eyes to see and impartially review all the evidence on record,” they said. The two moved to court under the Vihiga Political Action Caucus.

They said the petition was in the public interest and was questioning the legality and constitutionality of the Vihiga county 2021-22 budget-making process.

They said they have filed written complaints to the Judicial Service Commission (JSC) and Judicial Ombudsman and were awaiting responses.

“We know that the stakes are very high in this budget case, which involves billions of shillings earmarked for various development projects via public tenders and pet projects to be implemented and supervised by elected representatives," their statement read.

"We also know that the interest at stake weighed in heavily on this case. They didn’t hide it. They told us to our faces which favourable decisions they could get from which judge,” they added.

The two say they are pursuing the petition, not for personal or instant gratification but to seek justice and accountability for the people of Vihiga, including themselves.

Vihiga MCAs on Monday approved the Sh6.408 billion budget. The budget has been increased by Sh578.24 million from the initial Sh5.8 billion.