Claims headquarters failed to keep their promise; arrears date back to two years 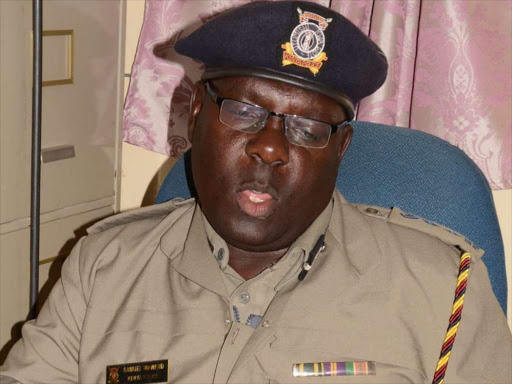 Kenya Power has turned its fury on government institutions that owe it millions of shillings in unpaid bills by cutting off their electricity supply.

In Naivasha, the company has disconnected power supply to the area police station over a bill that has been pending for over two years.

According to a senior officer from KPLC, the police station owed them over Sh600,000.

The officer, who is not authorised to speak to the press, said that the blame lay with the police headquarters for failing to clear the arrears as promised.

“The police headquarters have failed to keep their promise and we have decided to disconnect the power until all the arrears are settled,” the officer said.

The power cut has raised anxiety and security concerns in the police station that serves scores everyday with inmates in cells left in darkness.

Incidentally, the nearby police staff quarters are fully lit as the officers have been personally paying their bills.

Naivasha OCPD Samuel Waweru said they had a standby generator that they were using at night.

“Though electricity connection has been cut-off we are using a generator as our headquarters works on resolving the pending bill,” he said.

Meanwhile, residents of Moi Ndabi in Naivasha woke up to a rude shock after a 62-year-old man took his life by a noose.

The body of the farmer was found hanging from a tree in his compound after a domestic feud with members of his family.

The incident came barely a week after a 22-year-old woman took her life in Kongoni area after accusing her boyfriend of infidelity.

An elder Simon Kimani said that the deceased had complained that his family members had conspired to lock him from the family affairs.

“We had tried to resolve issues at family level a week ago but unfortunately he decided to take his life before the matter could be concluded,” he said.