Suspect rejected by city prisons for being intersex, forced to spend night at station

No prison was willing to host an intersex person forcing cops to hold her at their cell.

• No prison was willing to host an intersex person forcing police officers to hold her at their station cells.

• After spending six nights at the Kilimani Police Station, an officer brought the matter to the court seeking guidance on the matter. 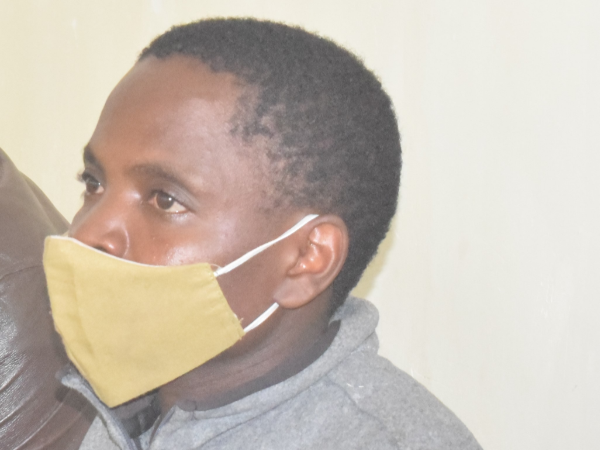 No prison was willing to host her though they had space.

According to the officers who took Josephine Ayuma, accused of fraud, she just wasn't of the gender the officials recognized.

After being rejected at the Lang'ata Women's Prison where she had been referred, the officers holding her took her to Nairobi West Women's prison, but they too declined to admit her.

"They told me to remand myself in my house because they cannot hold a person like me in their facility," she said.

Ayuma had been arraigned at the Kibera Law Courts two weeks ago and charged with obtaining money by false pretence.

After failing to raise cash bail, Josephine Ayuma was referred to be remanded at the Lang'ata Women's Prison pending the case hearing.

However, no prison was willing to host an intersex person forcing police officers to hold her at their station cells.

After spending six nights at the Kilimani Police Station, an officer brought the matter to the court seeking guidance on the matter.

The court recommended that an out of court solution be sought for the safety and dignity of the accused.

The Kenya National Commission on Human Rights (KNHCR) was brought into the matter.

During the Kibera Court User Committee (CUC) meeting that was chaired by Kibera senior principal magistrate Charles Mwaniki, the commission advised the matter be settled out of court.

"Ayuma had been charged with obtaining money by false pretences with intent to defraud at Toi Market," said Mwaniki.

According to the charge sheet, Ayuma was accused of obtaining Sh14,064 from Margaret Mueni Mutiso pretending that she would settle her loan of the said amount at Tiki properties, a fact she knew to be false.

She denied the charges twice before senior principal magistrate Esther Boke on November 10.

She was arraigned again before senior principal magistrate Philip Mutua on November 19 before Mutiso withdrew the charges.

Ayuma was represented by KNCHR’s lawyer Cyrus Maweu who pleaded with the court to accept the out of court settlement.

Mutiso said she did not have any other things to pursue around the case because her debt had been written off by Tiki properties who chose to forgive Ms Ayuma.

Though being intersex helped her escape remand and eventually avoid prosecution, it exposed the underbelly of Kenya's justice system.