Sonko gagged from publishing expose on his former lawyers 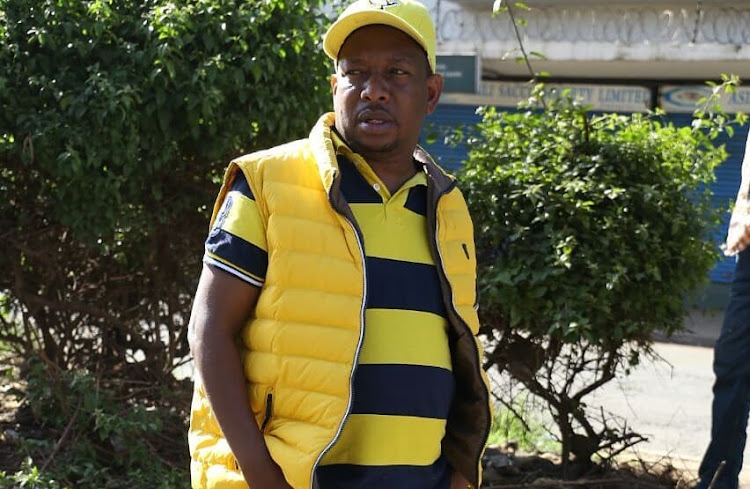 Former Nairobi governor Mike Sonko’s ex-lawyers have obtained orders barring him from further publishing any expose against them pending hearing of their case.

Lawyers Cecil Miller and George Kithi on Monday got orders restraining Sonko from publishing anything relating to them in his ongoing #SonkoLeaks expose.

The court has also barred Justice Said Chitembwe’s alleged brother Amana Said Jirani from publishing anything on the two lawyers.

Jirani has been listed as the second defendant alongside Sonko.

Chief magistrate HN Nyaga issued the orders and directed the two advocates to serve Sonko with the order and court papers by close of business Tuesday.

“Pending inter parties hearing, the defendants are hereby restrained from publishing further statements and articles forthwith as regards the plaintiffs,” the order states.

Nyaga further ruled that given the nature of publication and the public interest in the matter, the application will be heard urgently and on priority basis.

The case had been initially filed on Friday last week at the High Court Civil Division but duty judge Joseph Sergon transferred it to the Milimani Commercial Chief Magistrates Courts.

“Having perused the file, I am of the view that this is a case which should be handled by the Chief Magistrate court. The same should immediately be placed before the chief magistrate forthwith for further orders and directions,” judge Sergon ruled.

Sonko has been publishing a series of expose titled the "Rot in the Judiciary."

Miller has been adversely mentioned in the videos alongside Judge Chitembwe.

Miller and Kithi were Sonko’s lawyers in his corruption cases before they fell out.

The case will be heard on Friday this week.

Sonkoleaks: Is this a case of Samsonic suicide or whistleblower?

Sonko has become very indignant. Like Samson, he feels betrayed by those he trusted
Siasa
10 months ago
by ANNETTE WAMBULWA Court Reporter
News
23 November 2021 - 23:00