He says 3,340 people died last year from road accidents, compared to 4,023 deaths recorded from January to November this year.

• Oguna said it was a matter of concern that road networks have been improving, but accidents have been increasing. 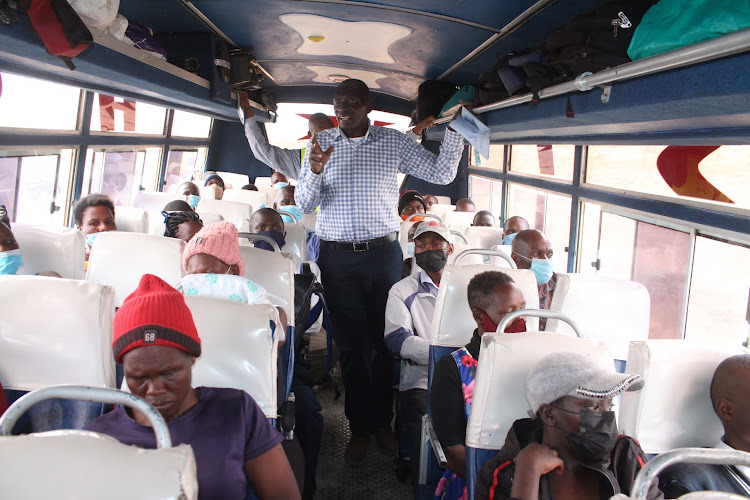 Government spokesman Cyrus Oguna has urged road users to follow traffic rules and be vigilant to avert accidents as the December festivities approach.

“Accidents are happening every day. We are losing a productive population who should be building our economy,” Oguna said.

He said 3,340 people died last year from road accidents, compared to 4,023 deaths recorded from January to November this year.

In Nairobi, 397 people died in road accidents in 2020, compared to 439 from January to November this year.

Oguna said it was a matter of concern that roads have been improving, but accidents have been increasing.

“You can’t be driving a Prado, Range Rover, BMW and you are overlapping. Where did you go to school, because you shouldn’t be having that car?” he posed.

"It is surprising that a matatu has 14 passengers and one driver, but the passengers just keep quiet as the driver speeds…why can’t we speak out? Don’t give the driver your life,” Oguna added.

Oguna was addressing the press on Mai Mahiu-Narok-Bomet Road.

He was accompanied by Naivasha security chiefs and NTSA director of motor vehicle inspection Gerald Wangai.

The officials spoke a few kilometres from the scene where four people died and three others sustained serious injuries after three vehicles collided on Saturday.

At least 56 people have died and 105 injured along the Mai Mahiu-Narok stretch this year alone, they said.