• The judge found that the decision by LSK to revoke the decision of the committee was marred with procedural impropriety and done contrary to the law. 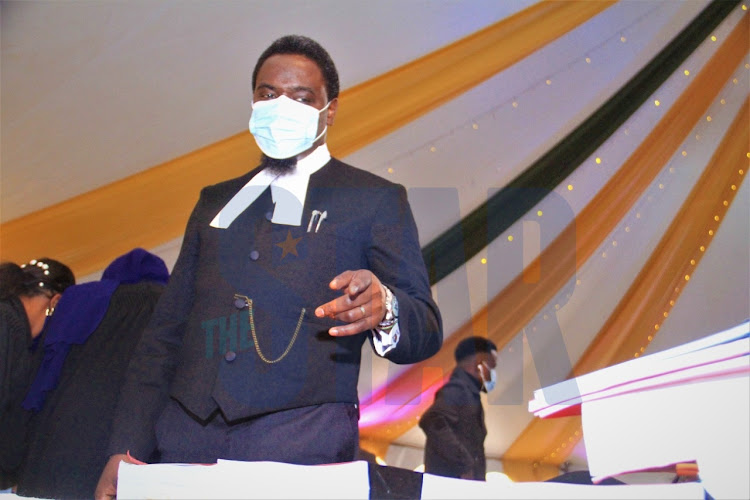 The High Court has quashed a decision by the Law Society of Kenya revoking promotion of 22 advocates to the rank of senior counsel.

Justice Anthony Ndung’u prohibited the LSK from acting further upon its decision of May 11 last year, contained in the letter dated May 13, 2020 addressed to its membership.

The judge found that the decision by LSK to revoke the decision of the committee was marred with procedural impropriety.

“The applicants have established that the LSK acted contrary to the principles of fair administrative actions Act,”

Ndung’u said the person to be affected by any administrative action must also be given an opportunity to be heard and to make representations.

They must also be supplied with information, materials and evidence to be relied upon in making the decision.

In this case, the council did not accord the applicants an opportunity to present their cases before making a decision that would ultimately affect their conferment of the rank and dignity of senior counsel.

The decision of LSK to revoke the conferment of the rank of senior counsel upon the 22 was done contrary to the law.

The committee on senior counsel draws its membership from the society as well as the Judiciary and the Attorney General and therefore not subject to the supervisory jurisdiction of LSK.