She alleged she was blocked and kidnapped on Saturday.

• Merry Nkatha went to Karen police station to seek protection saying she fears for her life.

• She said she fears Sonko or his people may harm her for refusing to cooperate with him. 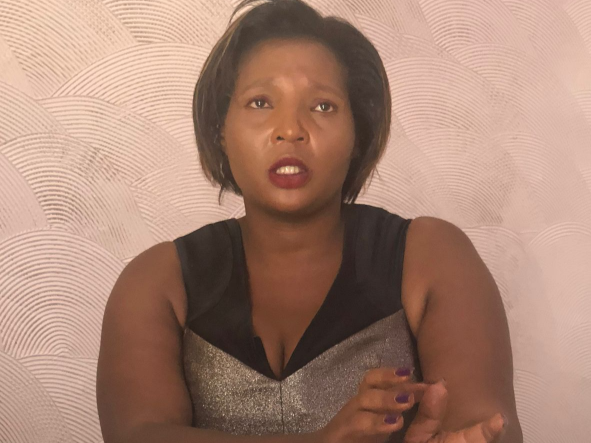 A woman has sought police protection, claiming her life is in danger in an ongoing feud between former Nairobi Governor Mike Sonko and some state officials.

Merry Nkatha on Monday went to Karen police station to seek protection saying she fears for her life.

She said she fears Sonko or his agents may harm her for refusing to cooperate with him.

She claimed Sonko has been seeking to have her as his witness in two cases against Governor Anne Kananu and Justice Saidi Chitembwe among others.

“They have been calling and threatening me and I can’t have peace. I feel in danger and that is why I have reported the matter to police,” she said.

She made the remarks at a hotel in Karen. Police protected the hotel during the presser.

She alleged she was blocked and kidnapped on Saturday in Karen by people she knows who made a call to Sonko and responded to ready made questions.

Sonko then recorded her. She was given a chocolate to eat which was "meant to make me relax".

The recording has gone viral on social media. Sonko released the audio through his social media accounts in which Nkatha is heard responding to questions and implicating Kananu and other individuals.

“He wanted me to be his witness and when I refused he started to blackmail me saying he wanted money from Kananu. I had by then reported the matter to police,” she said.

Sonko threatened to release the audio to public if he didn’t get what he wanted.

He allegedly wanted Sh20 million from Kananu for him to stop releasing the audio.

Sonko refused to comment on the claims Monday. According to Nkatha, she has known Sonko for almost two years.

She said she is a former banker and currently she is a strategist.

Langata police boss Benjamin Mwanthi said they are investigating the claims of kidnapping and that the complainant will get state protection.

“A matter was reported and officers are investigating the claims on the same,” he said.

Sonko is releasing a series of audio and videos in which he is implicating judges of the high court.

He has lodged a complaint at the Judicial Service Commission on the judges.

The JSC on Monday said it has considered petitions against Chitembwe and petitioners are to serve the same upon the judge who will have 14 days to respond.