President Ramaphosa will honour Uhuru at the Union Buildings in Pretoria 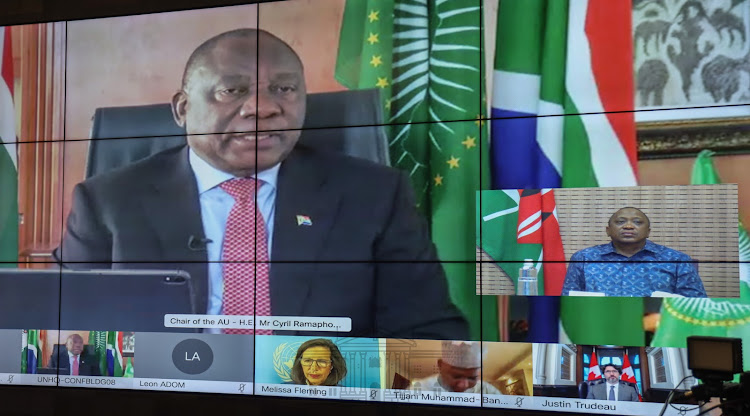 President Uhuru Kenyatta will on Tuesday travel to South Africa for a three-day State visit at at the invitation of President Cyril Ramaphosa.

Ramaphosa will host a Welcome Ceremony in honor of Uhuru at the Union Buildings in Pretoria which will be followed by discussions between the presidents.

The two heads of state will among other things discuss the latest developments around the global response to Covid 19 pandemic and vaccine manufacturing and distribution.

Ramaphosa will lead South Africa’s delegation in official talks with Uhuru and the discussions will focus on bilateral, multilateral, economic, regional and continental agreements.

Memoranda of Agreement on cooperation in International Cooperation and Relations, Home Affairs and Tourism are expected to be signed.

Established in 1992, SADC is committed to Regional Integration and poverty eradication within Southern Africa through economic development and ensuring peace and security.

There are more than 60 South African companies operating in Kenya, with investments in the financial services, real estate, food and beverages, entertainment services and hospitality sector, among others.

Uhuru’s programme will include a visit to Transnet Engineering in Koedoespoort. The event will be used to showcase South Africa’s capability in the supply and maintenance of rail-related technology.

South Africa established diplomatic relations with Kenya in 1992 with a Joint Commission for Cooperation Agreement.

South Africa and Kenya share longstanding relations that started during the colonial era and the struggle against apartheid.

Apartheid, the Afrikaans name given by the white-ruled South Africa's Nationalist Party in 1948 to the country's harsh, institutionalized system of racial segregation, came to an end in the early 1990s in a series of steps that led to the formation of a democratic government in 1994.

In 1990, prominent ANC figures such as Nelson Mandela were released from prison. Apartheid legislation was repealed on 17 June 1991.

The strategic partnership between Kenya and South Africa is underpinned by common values and principles.

Both nations are committed to democracy, good governance and respect for human rights including the emancipation of women and the full realization of gender equality.