That means taking radical action to save oceans including defeating plastic pollution.

• Protecting the world’s vast ocean and its precious biodiversity from the harmful impacts of climate change and human activity sits high on the agenda.

• That means taking radical action to save the ocean including defeating plastic pollution. 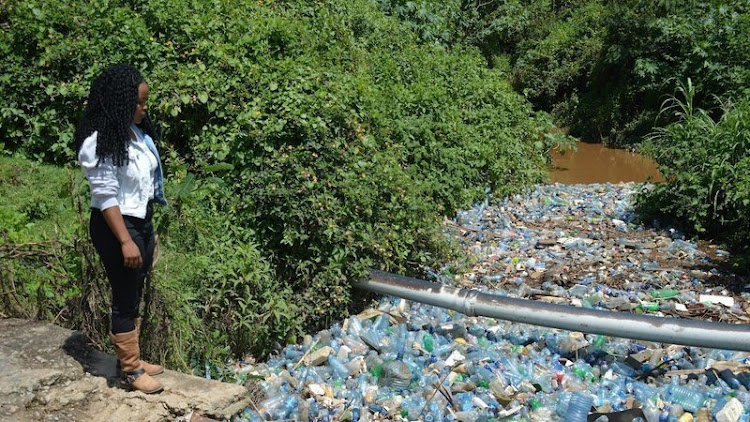 The world has been watching as global leaders convened at COP26 this week, with people demanding action over words as the stark reality of the climate crisis threatens the future and existence of the planet.

Protecting the world’s vast ocean and its precious biodiversity from the harmful impacts of climate change and human activity sits high on the agenda.

That means taking radical action to save the ocean including defeating plastic pollution.

Each year, more than eight million metric tonnes of plastic end up in oceans, wreaking havoc on marine wildlife, fisheries and tourism.

Half of all the plastic produced globally is designed to be used once and thrown away (“single-use plastic”), and every year, we throw away 300 million tonnes according to the United Nations; nearly equivalent to the weight of the entire human population.

East Africa has for some time been a leading voice for protecting the environment.

The East African Community (the “EAC”), whose member states are Burundi, Kenya, Rwanda, South Sudan, Tanzania, and Uganda, have each taken legislative action in relation to certain single-use-plastic items (mainly plastic bags) in order to reduce the detrimental effects of plastic waste.

Rwanda was the first country in the EAC to implement a ban on plastic bags and SUPs, acting as a catalyst for the region.

But while positive legislative steps have been taken across the EAC to address SUPs, there are both complexities around the application of policy frameworks as well as inconsistent enforcement of the bans across member states.

For example, the bag ban introduced in Uganda in 2007 still remains unenforced, across the region there is cross-border smuggling of banned plastics, and a lack of available, affordable, and accessible alternatives for single-use plastics.

Kenya’s Director-General for the National Environmental Management Authority Mr Mamo said: “for some time East African countries have been making radical steps towards banning single-use plastics. But we see in cross-border ecosystems like Lake Victoria where plastic knows no borders, the crisis is escalating, where we find 1 in 5 of common fish species have ingested plastic. We recognise that only collaborative and coordinated action through regional and global treaties will achieve full success in tackling plastic pollution.”

Like the climate change protests taking place around the world right now, East Africans are also calling on their collective governments to take more urgent action.

A petition circulating by campaign group The Flipflopi has already received 10,000 signatures, calling for further affirmative action to be taken by East African Assembly policymakers to ban all unnecessary single-use plastic items in order to preserve the health of people, the environment, and the economy.

Executive Director Ana Rocha from the Tanzanian based campaign group Nipe Fagio said: “We joined this campaign because our people demand urgent action. Wherever you go from Tanzania to Uganda, the sight is the same: endless plastic choking our environment threatening our lives and livelihoods. We urge our collective African leaders to take the lead and show the rest of the world what real action looks like when it comes to beating plastic pollution.”

Across Lake Victoria, environmental groups are coming together with a collective voice: “End Plastic Pollution Uganda calls upon all countries in East Africa to prioritise solutions to end single-use plastics. Young voices matter. We’ll live with the consequences of the plastic and climate crises that we did not contribute to.  This petition comes at a time when we can still take action to reverse the damage done to our environment. Plastic waste is now found in our villages, towns, cities, rivers and lakes like Lake Victoria which all countries share,” says Sadrach Nirere.

Campaign groups now hope that under increasing pressure, they will be able to present a bill to the East African assembly that will enforce legislative change that bans unnecessary single-use plastic items across the region.

Managing Partner Karim Anjarwalla, from an international legal firm, the A&K stated:  “Creating sustainable livelihoods is a fundamental tenet of the Rule of Law.  The indiscriminate pollution of our oceans which threaten food chains and ocean and lake-based communities should be of grave concern to legislators.  COP 26 should give them the impetus to stand up for the rights of the marginalised and hold polluting corporations to account.

Readers can add their names to the petition here.

Post a comment
WATCH: The latest videos from the Star
by DIPESH PABARI
News
16 November 2021 - 11:20
Read The E-Paper