Matiang'i to meet with Muslim leaders over extrajudicial killings

CS defends the government against accusations of sanctioning kidnapping and the killing of terror suspects. 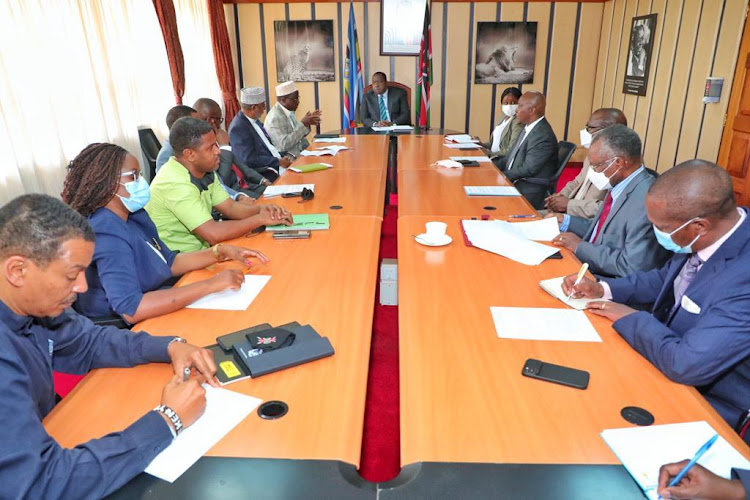 The government has invited Muslim leaders and human rights groups to a meeting to discuss the alleged forced disappearances and extrajudicial killings of terror suspects.

Interior Cabinet Secretary Fred Matiang’i said on Tuesday the meeting will review the alleged involvement of state agencies in the disappearance and killings.

“We will sit down and agree on where the truth lies. We want people to put out information on what they know because this constant blame on the police and other state agents should come to an end. It will be an open, absolutely candid process,” the CS said.

In attendance will be officials from the National Police Service, the National Counter-Terrorism Centre and the Independent Policing Oversight Authority.

Amnesty International will be the co-convener of the meeting that will also discuss counter-terrorism measures.

It will feature the Supreme Council of Kenya Muslims (Supkem), the National Muslim Leaders Forum (Namlef), the Jamia Mosque Committee, Haki Africa and the Law Society of Kenya (LSK).

Matiang’i, who hosted Muslim leaders and human rights representatives in his office, defended the government against accusations of sanctioning kidnapping and killing of terror suspects.

He described the alleged extrajudicial killings involving the police as isolated acts of rogue officers who operated outside the official chain of command and which, therefore, did not reflect an official operation policy.

The CS said the government was aware of a few cases of contract killings involving police officers who were privately hired as hitmen to settle personal feuds and said such officers had been dealt with.

“The acts of a few officers should not be allowed to tarnish the reputation of an entire force. We will keep on ridding the service of rogue elements to set examples and to remind everyone that this is a civilian government that does not believe in killing its own citizens,” he said.

In a petition delivered to the CS, the delegation alleges that security agents are suspected of being behind the killings of 146 people this year and the enforced disappearance of at least 34 terror suspects.