Senators say the current financial problems are linked to the Covid-19 scandal that hit the agency.

• County governments owe the authority Sh3.9 billion, while the Health ministry has a debt of close to Sh2 billion.

• The Senate Health committee on Monday met officials from the ministry and Kemsa board officials to discuss the reforms currently being undertaken at the authority. 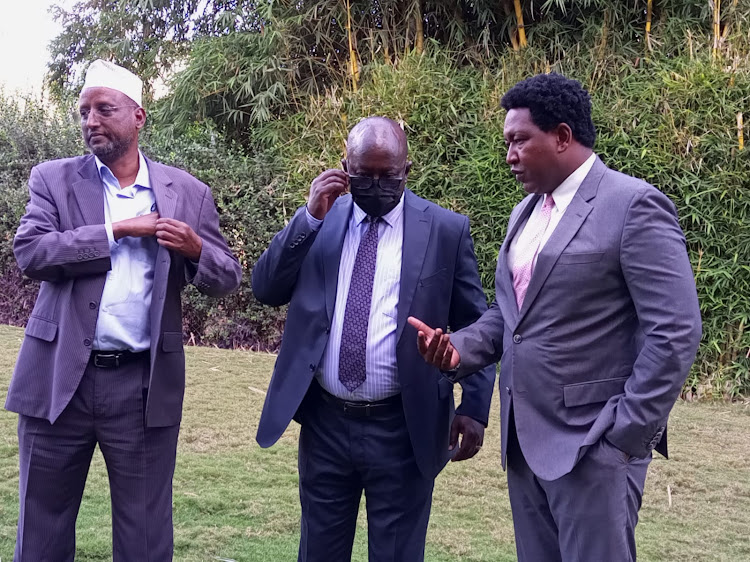 Senators want the National Treasury to release funds to counties to enable them to clear debts owed to Kemsa.

It has emerged that the operations of the Kenya Medical Supplies Authority have been crippled by the huge debts owed by county governments and the Ministry of Health, totalling Sh6.4 billion.

Counties owe the authority Sh3.9 billion, while the Health ministry has a debt of about Sh2 billion.

The Senate Health committee on Monday met with officials from the ministry, led by acting director general Patrick Amoth and Kemsa board officials, to discuss the reforms being undertaken at the authority.

“The total debt is Sh6.4 billion. Sh3.9 billion is for county governments and close to Sh2 billion is for the Ministry of Health. I think the ministry should start paying that money,” Wajir Senator Abdillahi Abdi said.

“They [Kemsa] have told us they have no Panadol right now. If things are that bad, then obviously everybody who owes money should pay. Things are very bad,” he added.

The senators said the current financial problems are linked to the Covid-19 scandal that hit the agency.

“What was quite clear is that this exercise that this new board is carrying out is an attempt to cover up on the Covid-19 millionaires,” Senator Ledama Olekina said.

“The whole mess was caused by the Covid-19 millionaires, so all these other stories of a bloated workforce is really to try and cover up the real issues. We told them we will not stand that.”

Earlier, the Public Investments Committee of the National Assembly had recommended the investigation and possible prosecution of Kemsa board members and some of the authority’s senior staff over the alleged loss.

PIC invited the anti-graft agency to investigate top Kemsa management on how it processed payments to some suppliers.

“We gave recommendations administrative action be taken against certain officers there, but those officers have been retained even up to now they are still in office, nothing has been done to them,” committee chairperson Michael Mbito said.

Board chairperson Mary Mwadime said the agency has been found to be in a financial crisis, citing rising debt and supply chain problems.

She said the workers would be appraised and those found fit rehired. Redundant and unnecessary positions will be eliminated.

Kemsa admitted that it is suffering from a bloated workforce.

The agency had more than 900 workers against the required 383 but has reaffirmed that it will follow the law in any action that they will take.

Post a comment
WATCH: The latest videos from the Star
by MAGDALINE SAYA REPORTER
News
17 November 2021 - 06:10
Read The E-Paper