Blinken looks to show Africa commitment as crises call out

Sub-Saharan Africa is the last inhabited region to be visited by Blinken.

•The act's lapse would likely only fuel relationships with China, which has been eager to secure resources and makes no fuss about good governance.

"It is important to start thinking now and talking now with African leaders about what kind of trade agreement is going to be possible,” Carson said. 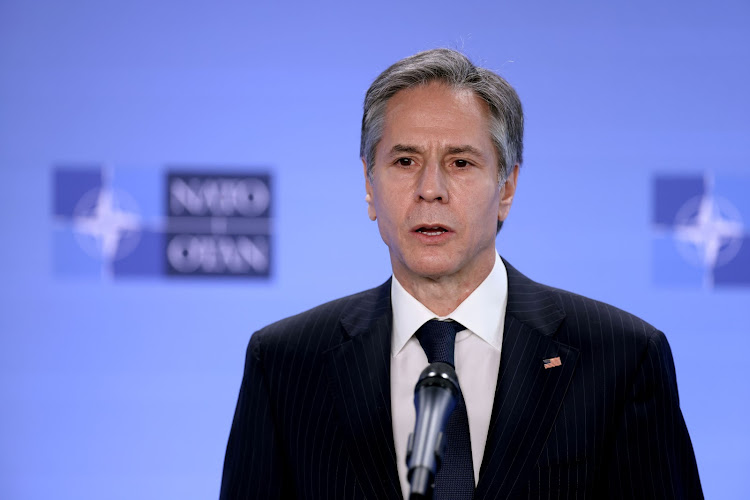 Antony Blinken was heading Tuesday on his first trip as secretary of state to sub-Saharan Africa, hoping to demonstrate a broad commitment focused on democracy and climate change even as crises in Ethiopia and Sudan put security front and centre.

The top US diplomat will travel through Saturday to three countries seen as key to President Joe Biden's Africa strategy -– first Kenya, one of America's most longstanding allies in a region where China has made inroads, followed by Nigeria, the continent's most populous nation, and then Senegal, a beacon of democratic stability.

Sub-Saharan Africa is the last inhabited region to be visited by Blinken, whose travels in the early months were rattled by Covid-19 precautions and the US exit from Afghanistan, although he has been in virtual contact and Biden has welcomed Kenyan President Uhuru Kenyatta to the White House.

Blinken is eager to draw a distinction with previous president Donald Trump, who made no secret of his lack of interest in Africa, becoming the only president in decades not to visit and disparaging African immigrants.

The visit comes weeks before Biden convenes a summit of democracies in Washington and on the heels of the COP26 climate summit in Glasgow, where the Biden administration joined calls to move away from polluting fossil fuels.

Massinga said Blinken would also discuss boosting African capacities to manufacture Covid-19 vaccines -- a major push in which Biden is hoping to draw a distinction with China, which has assertively promoted its own vaccines.

Blinken comes as the United States steps up diplomacy over two nations where it earlier saw hope -- Ethiopia and Sudan.

Ethiopia has been a close US ally but the United States has been dismayed by curbs on food delivery into the northern Tigray region, where hundreds of thousands of people face famine-like conditions.

Prime Minister Abiy Ahmed's government has been locked in a year-long war with the Tigray People's Liberation Front, which has pushed south in recent months and has not ruled out a possible march on the capital Addis Ababa.

"This is not the Ethiopia that we thought we would see two years earlier, when we were applauding this country as the fastest-growing economy in Africa," the US ambassador to the United Nations, Linda Thomas-Greenfield, said recently.

Biden has moved to remove Ethiopia from the landmark African Growth and Opportunity Act (AGOA), which grants duty-free access for most exports, but has held off on sanctions on the Ethiopian government and rebels in hopes of encouraging a settlement.

The United States has separately suspended some $700 million in assistance to Sudan, where the military ousted the civilian leadership last month, halting a democratic transition that followed the toppling in 2019 of longtime dictator Omar al-Bashir.

Johnnie Carson, who was the top diplomat on Africa under former secretary of state Hillary Clinton, said it would be a "missed opportunity" if Blinken visited Kenya without inviting leaders from nearby countries to seek a regional solution.

"The Horn of Africa is enormously fragile and the democratic transitions that we thought were going to move forward in Ethiopia and Sudan have been derailed," said Carson, now at the US Institute of Peace.

"If in fact those countries fail over the next year, we will see a broader regional collapse," he warned.

Blinken could also face delicate discussions in Nigeria, where the United States has halted delivery of helicopters due to human rights concerns.

Another issue Blinken is likely to hear around the continent –- trade. AGOA expires in 2025 and neither Biden nor Trump have been rushing for a replacement amid a souring in US public opinion on trade deals.

The act's lapse would likely only fuel relationships with China, which has been eager to secure resources and makes no fuss about good governance.

"It is important to start thinking now and talking now with African leaders about what kind of trade agreement is going to be possible,” Carson said.