Research shows decisions with input by women, other groups make for better outcomes

•The Young Turks Alliance is pushing for a better Kenya by encouraging more women, young and people living with disabilities to run for election. 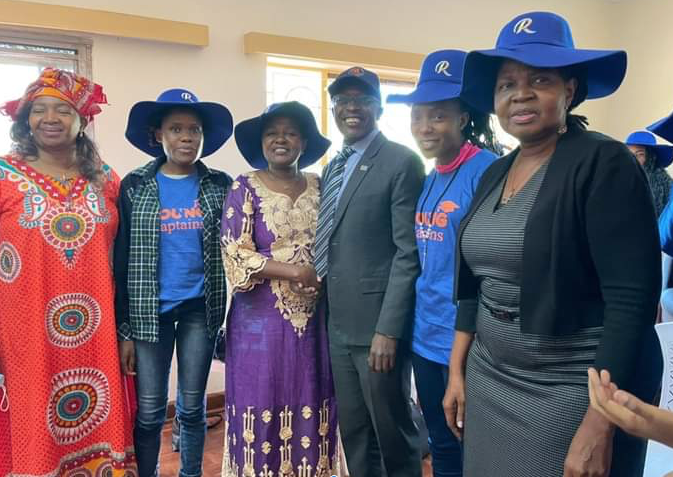 YOUNG TURKS: Jaoko Oburu with women leaders after a meeting of the Young Turks Alliance in Nairobi on Thursday, November 11.
Image: ELIZABETH WERE

It's time for women to stand for election and play a greater role in policy making.

The same goes for people with disabilities and young men.

That's what the Young Turks Alliance is saying, adding that women and others need more support during elections.

You shouldn't need a vast war chest to get elected; ideas are what count, the alliance said.

Lobby chairman Jaoko Oburu said they want women given more priority in government affairs, both by election and appointment.

"In order to lead by example, the Young Turks Alliance has over 15,000 coordinators across the country, 50 per cent of them are women," Oburu said on Thursday. He spoke after a meeting in Nairobi on Thursday.

Young women who have been marginalised and discriminated against must be empowered both financially and politically, he said.

"We want young women leaders to be brave and have the courage to fight because when you empower a woman you empower the whole village," he said.

He said the alliance also aims to create jobs, especially for youths who are the majority without work.

"We should emulate countries like China and Europe which are fully developed with so many factories," Jaoko said.

He said it is a shame Kenya still imports things like toothpicks, that can be manufactured in the country.

He said the alliance's priority is to fight corruption that has eaten into the economy, leading to the high cost of living and suffering for the common mwananchi.

He said the alliance wants to ensure every Kenyan is involved in the planning and running of the state.

"Kenya has a potential to be a super power and if we have a plan we can take charge and avoid other people taking advantage of us, " Oburu said.

He said the alliance aims to ensure the gap between the poor and the rich is narrowed. He called the gap deplorable and undermining the goal of a decent, prosperous society.

Oburu also said it is regrettable some politicians offer things they cannot deliver in order to get votes..

"If you want to know the good qualities of a leader, look at who he or she is surrounded by and hangs out with," Oburu said.

He praised President Uhuru's efforts in fighting the Covid-19 pandemic that caused the economy to virtually grind to a halt.

"The airports were closed, transport systems affected, bars and restaurants closed which led to great loss since there was no circulation," Oburu said.

He said the President did a good job in reopening the economy but said it will take a long time for the economy to return to normal. Achieving this means tapping the potential of everyone, including women, youth and people living with disability.

The only way to achieve two-thirds gender rule is for women to win seats.
Counties
1 month ago

Westlands MP receives huge boost after he is endorsed by Ida Odinga.
Counties
1 month ago

"If you live women out we won't have a working nation."
News
4 weeks ago

The youth must stop agonising and start organising
Opinion
1 month ago
by ELIZABETH WERE
News
15 November 2021 - 22:00