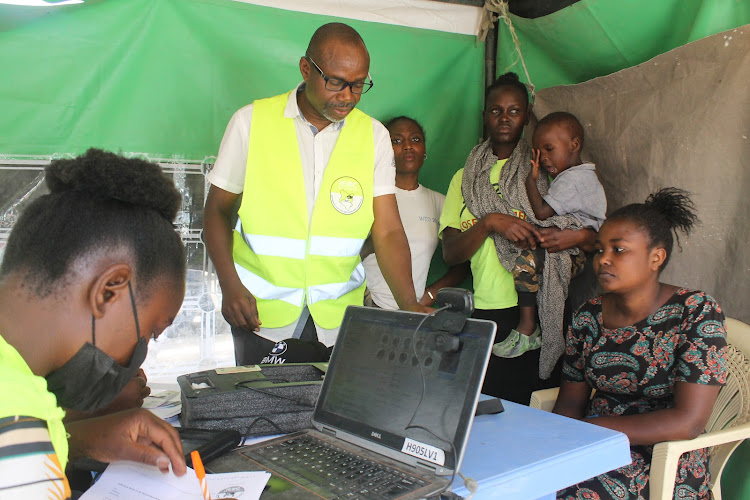 The battle for Mt Kenya votes could intensify as the region leads by big margins in terms of voter numbers.

Of these, Mt Kenya West accounts for 4.6 million voters, while Mt Kenya East has 1.3 million, putting the region at an advantage over the rest.

It is unknown how the region would vote, but there are signs that Deputy President William Ruto currently has an upper hand.

Western, which also supports Raila to a great extent, has 2.1 million voters, followed by the Coast region with 1.8 million voters.

Political observers, however, say that a number of factors will matter in President Uhuru Kenyatta's succession race.

The DP has many times said the 2022 race would be decided by economic models and not ethnic groupings. He, however, is heavily relying on getting a chunk of the Mt Kenya vote, to get a head-start in the race that could pit him against Raila.

Raila has already embarked on campaigns to tilt the scales in his favour in Mt Kenya and some Rift Valley counties with the help of area governors.

Political analyst Martin Andati told the Star that in terms of absolute numbers, Central tops, but its percentages in the new listing were low, hence a bad sign.

He said the numbers are telling what might be the general feeling among Kenyans about elections, warning that most appear to be disillusioned.

Andati observed that Western, which largely backs Raila as has been in the past two elections, had higher numbers in terms of percentages.

“It is an indicator that if no proper message is sent to the youth by the candidates, they would not turn out to vote as people expected,” he said.

Andati argued that had the IEBC attained the six million new voters, “it would have changed the dynamics completely if they (the youth) registered and voted.

“The percentage that turned out to register was very low—about 25 per cent. They will not have the kind of impact they would have had if they had registered massively as the IEBC wanted,” he said.

Dr Charles Nyambuga, a political commentator from Maseno University, said: “There will, definitely, be a battle for Mt Kenya since it doesn’t have a candidate.”

He said the numbers portend that the fight for the votes would be vicious as "politicos want to collect votes from anywhere.

"You can see there is some kind of cutthroat competition for votes. Nobody is taking any region for granted,” he said.

Dr Nyambuga said every region counts, but "Mt Kenya remains crucial for everyone in the presidential race."

He said this was evident in the crowds Ruto and Raila are pulling in their various stops to address wananchi.

“In previous elections, we have not been having the same kind of phenomenon. Raila could not venture into Central. Uhuru and Ruto faced chaos in Nyanza.”

Prof Edward Kisiangani, a member of DP Ruto's strategy team, said termed it too early to know who will be the biggest beneficiary of the new votes.

Mvita MP Abdulswamad Nassir said ODM leader Raila is likely to retain most of his traditional bases and add a few votes from Mt Kenya and Northeastern that largely backed Jubilee in 2017.

“Any little gain from the regions would be a plus for his presidential bid. UDA will have a hard time overturning the tables in the ODM strongholds,” said Nassir, who is also the National Assembly Public Investment Committee chairman.

Political entrants in Mombasa have an uphill task to convince youth to register as voters.
Counties
1 month ago
by MOSES ODHIAMBO Political Writer
News
11 November 2021 - 23:00