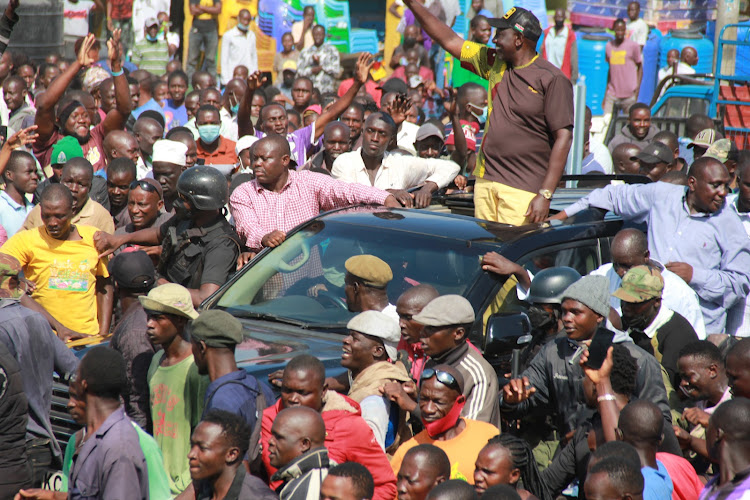 Deputy President William Ruto has told his competitors who seek endorsement for the country’s top leadership to abandon their ambition and go home.

Ruto on Thursday said some of his competitors in the presidential race are dragging their feet by engaging in boardroom politics which will not make them gain popularity.

He said it is only Kenyans who have the mandate, as per the Constitution, to elect their leaders from MCA to President.

The DP spoke at Homa Bay town bus park when he finalised his campaign tour of the county.

He expressed confidence that he will triumph over his competitors in the 2022 presidential election.

In reference to the handshake between President Uhuru Kenyatta and ODM leader Raila Odinga, Ruto said he does not fear facing off with them.

The DP argues that he supported both Uhuru and Raila in their leadership ambitions, adding that the two should let other people lead the country.

“They shouldn’t bother us and instead allow us to focus on how to help the less fortunate. There is nowhere written that I must only help the elite,” Ruto said.

He took the opportunity to promote his bottom up economic model saying his presidency is aimed to help ordinary Kenyans.

He accused President Kenyatta and Raila of trying to thwart his presidential bid.

“Hawa watu wamenipangia, lakini mimi nimejipanga kuwaliko. (These people are prepared to tackle me but I tell them that I’m more prepared than they think),” he said.

In reference to the Wednesday incident in Kisumu where his convoy was stoned, Ruto told Homa Bay youths never to allow politicians to misuse them.

“I am not a mad man neither am I drunk. We’re all Kenyans and nobody will block me from coming to Nyanza because all leaders are free to visit any part of the country,” he said.

The DP told Homa Bay residents to join other Kenyans in supporting his economic model saying it is the best way of empowering the less fortunate people.

Ruto called for peaceful campaigns to foster unity as the country approaches the 2022 general election.

“United we stand, divided we fall. Let us all be tolerant to one another,” he said. 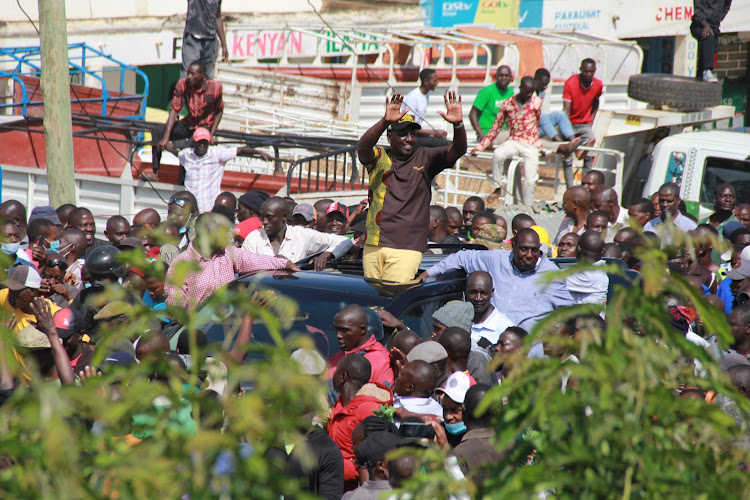 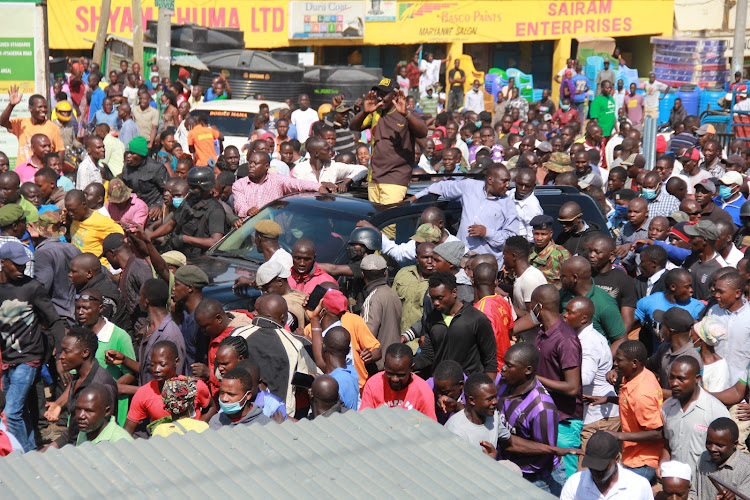