• The lawyers held demonstrations outside the Supreme Court building.

• They claimed Mutyambai was too laid back and uninterested in getting the worrying trend stopped. 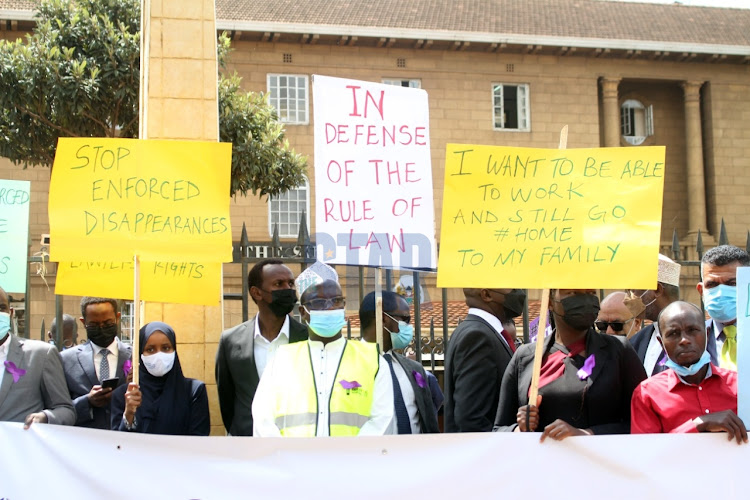 A section of Muslim organisations, rights activists and lawyers on Wednesday held protests over rising cases of enforced disappearances and extrajudicial killings.

The lawyers who held demonstrations outside the Supreme Court building in Nairobi on Wednesday want Inspector General of police Hillary Mutyambai removed from office.

They claimed Mutyambai was too laid back and uninterested in getting the worrying trend stopped. 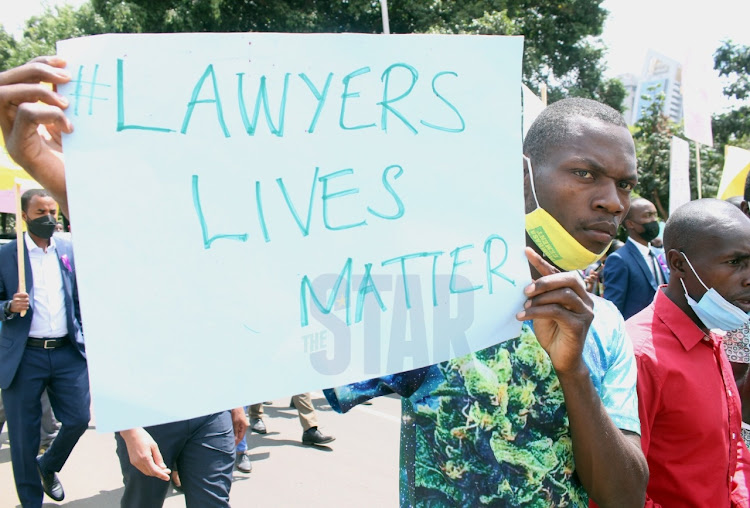 The group presented a petition to Mvita MP Abdulswamad Nassir.

"We will note accept this trend. I urge lawyers, in as much as I will also do it, to petition for removal of police IG Hillary Mutyambai for condoning this culture," Nassir said. 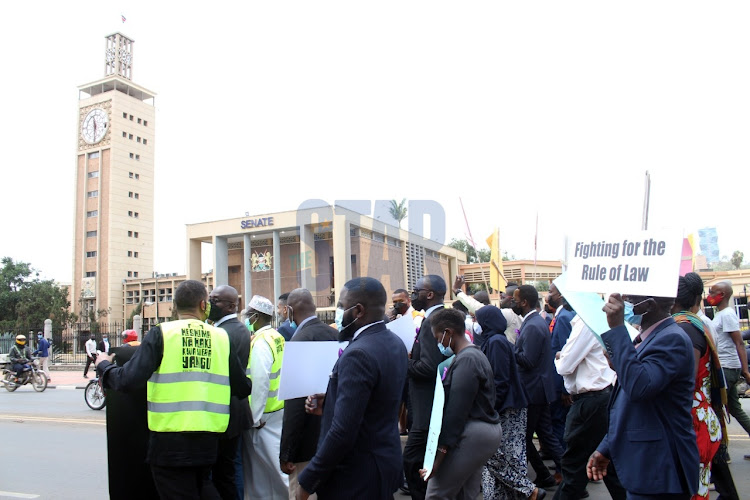 The threat to remove the IG follows a similar stand by the Law Society of Kenya against top security officials, including Interior CS Fred Matiang'i and his PS Karanja Kibicho.

Bernard Ng'etich, a senior council member at LSK, had said they were giving President Uhuru Kenyatta one month to sack Matiang'i and Kibicho for failure to abate the trend. 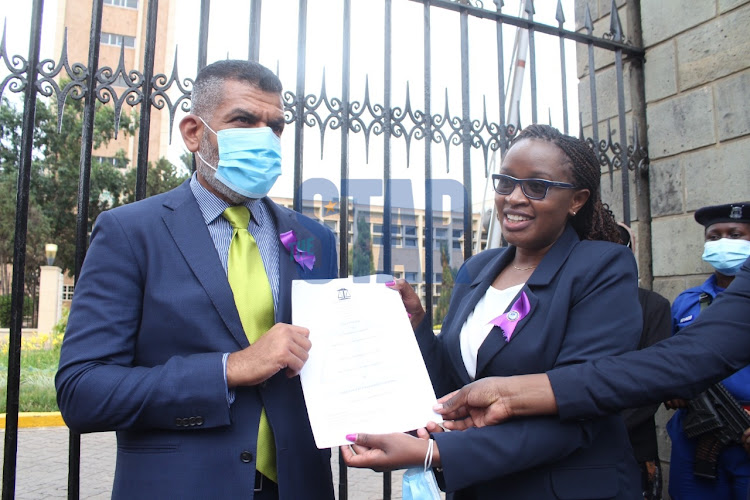 The protest was prompted by the abduction of lawyer Hassan Nandwa and his client terrorist Elgiva Bwire on October 28.

Whereas Nandwa was released after 10 days, Elgiva is still missing and police have issued a Sh10 million bounty on his head. They say he is armed and dangerous. Law Society of Kenya had planned a week long protest over Nandwa. 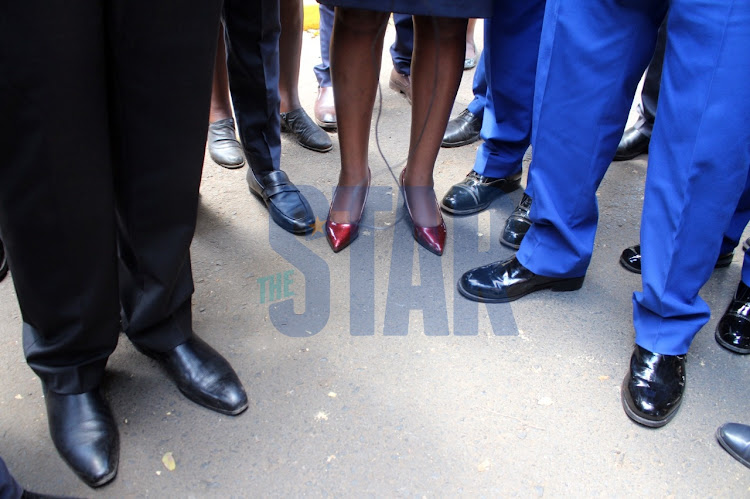 LSK CEO Mercy Wambua (in red shoes) is part of a demonstrators including lawyers, Muslim religious leaders and human rights activists who arrived to present a petition over abduction of lawyers and terror suspects outside at the police spokesman Bruno Shioso outside Vigilance House, Nairobi on November 10, 2021. The demo is part of LSK's Purple Ribbon Campaign to speak out on extrajudicial killings and disappearances/ANDREW KASUKU

“In light of the above, the Law Society of Kenya in collaboration with other Human Rights Defenders, shall hold consultative stakeholder meetings, to discuss among others Policy, Legislation and Affirmative Action, to prevent future enforced disappearances,” read part of the petition.