Chebukati's 2017 decision on politicking CSs comes back to haunt him

IEBC criticised for blocking Cabinet secretaries from campaigns, yet it allowed them in the last general election.

• Lawyers say CSs should not be on the campaign trail.

• Politicians feel there are no bounds as political participation is grounded in law. 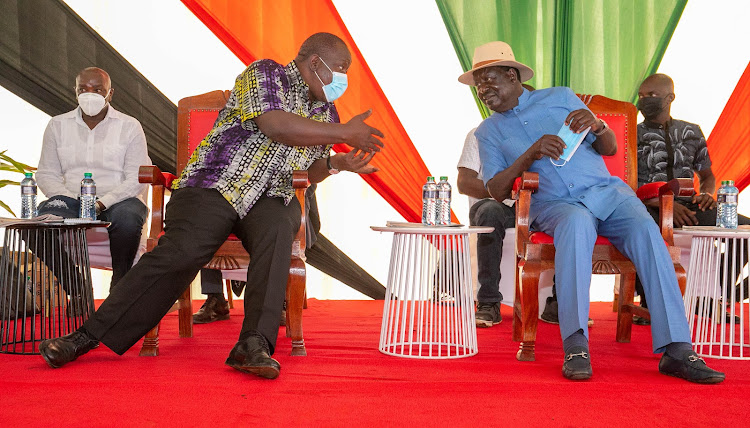 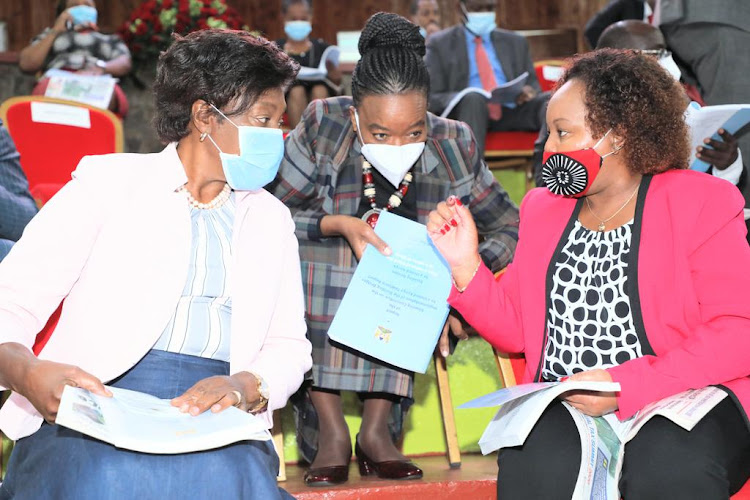 Polls agency is in a tight spot for flip-flopping on whether Cabinet Secretaries should participate in political campaigns ahead of the 2022 general election.

The Independent Electoral and Boundaries Commission's earlier position in the 2017 general election was that ministers were free to politick.

IEBC chairman Wafula Chebukati then told journalists in a meeting with political parties that Cabinet Secretaries were free to campaign.

This was at the height of complaints by ODM leader Raila Odinga’s National Super Alliance over CSs who were campaigning for President Uhuru Kenyatta.

The IEBC chairman at that time said Cabinet Secretaries were exempted from the law against political campaigns by civil servants.

“They can propagate party activities,” Chebukati said, adding that the commission would only pounce on civil servants who breached the rule.

The IEBC, however, now says Cabinet Secretaries should keep off the 2022 politics “as their neutrality would be diminished”.

“There is a need for all state officers and public officers to uphold political neutrality,” the November 5 letter reads.

He argued that Section 23 of the Leadership and Integrity Act, 2012, which gives CSs and CECs a lifeline to engage in political activity, is not sufficient.

“That statutory provision no doubt falls foul of the constitutional underpins under Chapter Six of Constitution,” Chebukati said.

The new take has elicited concerns of doublespeak on the part of the commission, with more questions on why the IEBC copied the communication to diplomats.

Lawyers and politicians are split on whether Cabinet Secretaries should stay away from the campaign trail.

Ugenya MP David Ochieng’ said much as the law was clear, “no one seems to respect the law as well as court orders, in the Jubilee government.

“As far as government is concerned, the law is an inconvenience that can be dispensed with. It doesn’t matter what the rest of Kenyans think,” the MP said.

Ochieng, who is also a lawyer, said the law should be respected regardless of who is in power, adding that it was “regrettable Kenyan independent institutions have to look at their back before making decisions.”

He said: “When institutions bend the law whimsically based on who is in power, we can’t grow.

“It doesn’t matter whether Ruto’s people are complaining or not. I don’t think Ruto should complain because these ministers campaigned for them in 2017.”

Water CS Sicily Kariuki is the latest to join the team of ministers who have been actively engaged in the President Uhuru Kenyatta 2022 succession race.

UDA, however, changed its earlier stance, saying the ministers were free to campaign for their candidates as long as they don’t meddle in elections management.

“They should not be part of the election management committee. State officials must stop micromanaging the IEBC,” UDA secretary general Veronica Maina said in Karen during a meeting attended by DP Ruto.

Ndaragwa MP Jeremiah Kioni, who is also the Constitution Implementation Committee chairman, said the ideal scenario is that CSs should not be involved in politics.

However, he said since CSs are the ones undertaking the implementation of projects, they are the political voice of the Executive.

“With the separation of power, we have an executive without the political voice, so the CSs come out as the spokesman,” Kioni said.

The lawmaker, though, said CSs should not give political direction unless they have resigned.

“They can say what the government has done but cannot be seen to push for a political agenda or direction,” Kioni said.

The concerned CSs on Monday maintained that they would not be intimidated to stop politicking.

Wamalwa held that, “The Constitution grants political rights, as are guaranteed for every Kenyan.”

“The law gives ministers the right to take part in politics being the President’s handyman. We have a right to participate in politics and give political direction like everyone else,” Munya said.

Public Service CS Margaret Kobia said, “They (CSs) can participate in political rallies but should not be seen to take sides by appearing to lean to a certain direction.”

ODM secretary general Edwin Sifuna accused the UDA team of being dishonest in their complaint, asking why they had no problem with the same in 2017.