Students and adults with disability will get assistive devices, financial aid

•  “The people will get wheelchairs, walking canes, special seats, prostheses limbs, and spinal braces,” the director said.
•  “We granted beneficiaries a capital of Sh4,200 in the past to help them start their businesses, and now we give them basic training on bookkeeping and running of businesses,” he added. 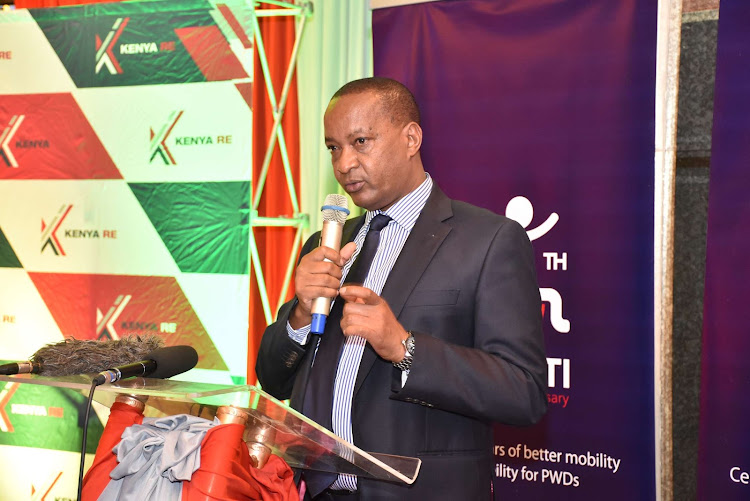 SHUN STIGMATISATION: Kenya Re managing director Jadiah Mwarania during the launch of the Niko Fiti Ability Beyond Disability campaign at the Villa Rosa Kempinski, Nairobi, on Monday
Image: SELINA TEYIE

More than 850 persons living with disability are set to benefit from the Niko Fiti caravan this year, Kenya Re managing director Jadiah Mwarania has said.

Mwarania spoke during the official launch of the campaign at a luncheon held at the Villa Rosa Kempinski in Nairobi on Monday.

He said the campaign would see students as well as adults with disability get assistive devices.

Mwarania said that the second part of the campaign would be advising members of the community to stop stigmatising PWDs as well as a financial empowerment programme.

“We granted beneficiaries a capital of Sh4,200 in the past to help them start their businesses, and now we give them basic training on bookkeeping and running of businesses,” he added.

Flaita Lalaur, a Grade 5 pupil at Nairobi Muslim Primary School, is physically disabled. In 2016 when he was in Grade 1, he received a wheelchair from the Niko Fiti campaign.

"Before, I was not able to go to school because I had no means of walking to school. But now that I have a wheelchair, I have never missed a day of school," he said.

Ann Syombua was also given a wheelchair and mobile vending unit by Niko Fiti to help her start her own business back in 2015.

"The vending unit doubles as a stall for selling my sweets and also a tri-cycle for helping me get around. They also gave me Sh4,000 as starting capital for the business," she said.

The 42-year-old mother of two said her business has helped her to educate her children, with her eldest son currently in Form 4.

The two are part of the 8,300 beneficiaries of the Niko Fiti Beyond Disability campaign by Kenya Reinsurance Corporation.

The campaign which has run for 10 years aims at bettering the lives of people living with disabilities in the country by empowering them physically, emotionally and financially. 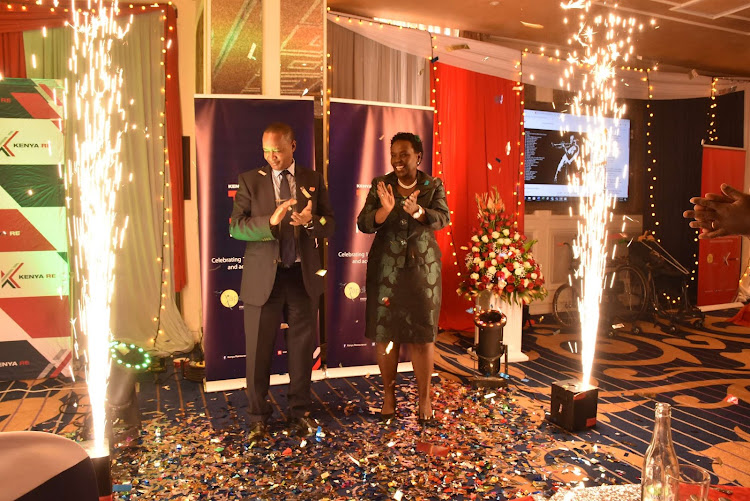 The National Disability Survey shows that four per cent of Kenyans live with a disability. Many of whom are stigmatised by the community and not living fulfilling lives.

Association of Physically Disabled Persons of Kenya CEO, Anthony Nzuki said the prevalence of Kenyans having disabilities at birth or later in life is at 11.4 per cent.

“We have been partners with Kenya Re since the start of Niko Fiti and we plan to go around Meru, Marsabit, Nandi, Migori and Mombasa with this caravan through November and December,” he said.

Chairperson Kenya Re Jennifer Karina said Niko Fiti pledges to remain accountable not only to shareholders but also to stakeholders.

"Today’s 10 - year celebration serves as a testament of our commitment to behave ethically and contribute to the social-economic development of the entire community of Kenya,” she said.