Married or not? Case of Lilian Ng'ang'a and Governor Mutua

Mutua and Ng'ang'a were together for nine years.

• When is someone really presumed married? 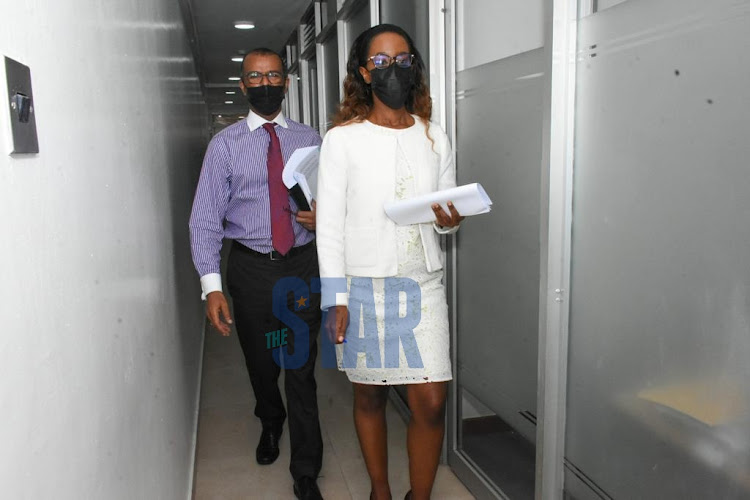 On Thursday, the separation between Machakos Governor Alfred Mutua and his now estranged ‘wife’ Lillian Ng’ang’a took an ugly turn after the latter alleged they were not actually married.

In her statement, Ng'ang'a said Mutua was overreacting to their separation, yet she only wants to move on with her life.

“...At a meeting at the Windsor Golf and Country Club on 22nd September 2021, in the company of two mutual friends, and after the two criminal incidents, I requested him for a mature and amicable separation and reminded him that, after all, we were not married,” she said.

She added that Mutua was a long-term partner and they were not legally married.

Ng'ang'a and Mutua have been together for more than nine years, a time during which she acted as the official Machakos county first lady, on top of performing official duties.

The two announced their separation on August 15, 2021 through their social media platforms adding that they remained ‘good friends and business partners’.

This has however, turned out to be a fallacy, with Lillian’s latest reveal.

So, when is someone really presumed married?

Legal expert Hassan Kulundu who spoke to the Star said that under the presumption of marriage, the two are assumed to be officially married.

According to Kulundu, it will now be upon Ng'ang'a to prove that she was not married Mutua if the case proceeds to a court of law.

He, however, noted that Lillian did not break any law by enjoying the privileges of the office of the first lady because it was presumed that they were married.

Kulundu added that any gifts given to one of the couples by the other is legally owned by the partner that received it.

The development has left Kenyans with mixed reactions and here is what some of them had to say;

On separation and divorce

Clear the issue of possible separation right from the word go. Visit good lawyers to draft papers that declare who owns what, how further investments by both would be shared in case either party leaves the partnership or marriage. Sawa? Lilian Ng'ang'a

I hope women will rally behind Lilian Ng’ang’a. She is young, scared, & a powerful man is threatening her. Thus far, wanawake wamekuwa soft on Alfred Mutua. FIDA etc should speak. A woman is under threat but only men esp Boniface Mwangi, Juliani, & Philip Murgor are defending her

Alfred Mutua is allowed to seek back and demand all things he offered Lilian Ng'ang'a when they were in a relationship. Lilian should avoid accusing Governor Mutua of theft,forgery and threats. Give back all that you never worked for. You have bragged enough with juliani

Gifts are permanent transfers of property. They are legally yours now. You are free to return them is you want to, but you can also sell them or keep them. Alfred Mutua is sick he should be checked for a mental disorder.
Lilian Ng Juliani Boniface Mwangi

Ng'ang'a says she was never married to Mutua.
News
1 year ago
Post a comment
WATCH: The latest videos from the Star
by BRIAN ORUTA Digital Journalist
News
04 November 2021 - 17:48
Read The E-Paper