• Narc Kenya leader is the only politician who has resigned from a high-profile ministerial job, on principle.

•Martha does not fit in any tribe profile because she is a nationalist. 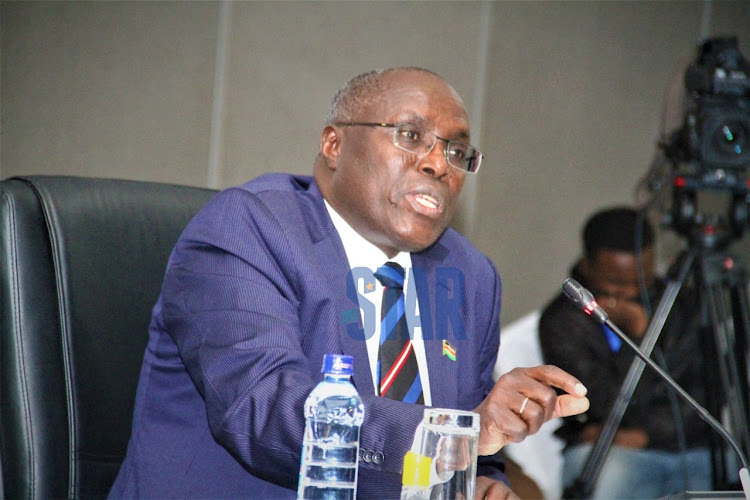 Narc Kenya leader Martha Karua is not only a better option for succeeding President Uhuru Kenyatta in Mt Kenya but also a better presidential candidate. We have good people but we are not seeing them.

A story is told of Vladimir Lenin. He made a chicken suffer; then he started feeding it. Eventually, it was eating from his hand. It loved him because of the suffering. It is a psychological thing. Just as is our case, all of us have been made to suffer and now we love the people who have created hell for us. However, we have people who can make good presidents.

We have Reuben Kigame, a simple fellow who never stole from anyone. There's National Assembly Speaker Justin Muturi, also simple and has not stolen. There is also Mukhisa Kituyi. Then there's Martha Karua.

Martha was not named Mt Kenya spokesperson but was made a spokesperson of the Mt Kenya Forum. The forum has Kikuyus only. Mt Kenya has Embu and Meru. None of the two attended the forum. Martha would rank highly against anybody in the mountain and in the country.

Why? We know her history and we know she is completely, totally incorruptible. She is the only Kenyan who has resigned from a high profile ministerial job, on principle. Resigning on principle in Kenya earns one all the mileage.

I am trying to urge her to maintain the course and not compromise. If Raila took her as running mate, that would be game-over for Ruto. Kikuyus know they have a healthy lady and she’d fit well in Raila’s profile of struggle. Her profile and that of Raila mesh.

The Mt Kenya Foundation seems keen on Peter Kenneth as the choice for Raila. Kenneth would not help Raila. He is a Kikuyu. Martha does not fit in any tribe profile because she is a nationalist.

The former NCIC commissioner spoke to the Star

Camps emerge among Mt Kenya allies in battle for his attention.
News
1 month ago

Karua: In Justice Koome, the Judiciary has chosen transformational leadership

I was filled with immense pleasure by the strong showing by the women candidates.
Opinion
7 months ago
by PROF GITILE NAITULI
News
04 November 2021 - 05:00