Move to disband agency linked to refusal to release money to NCPB.

• The oversight agency demanded that NCPB account for Sh4 billion meant to pay farmers, transporters, buying of gunny bags and for service rendered to the fund.

• The board also demanded that the cereals board surrender Sh1.5 billion sales proceed for the 2017-18 financial year. 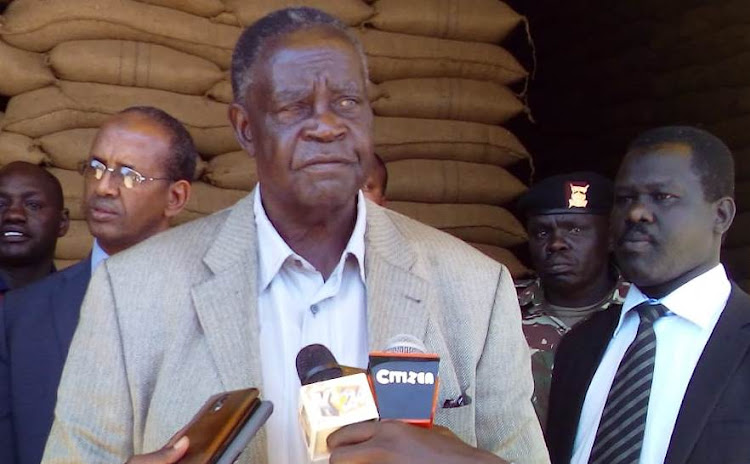 In the document, CEO Omar Haji links the move to disband the board to their refusal to release Sh3.2 billion to the National Cereals and Produce Board.

The money was allegedly for the services rendered by the cereals board from 2011 to 2019 which, according to Haji, could not be authenticated.

“In a tripartite meeting held in February 2020, between NCPB, SFRTB and the Ministry of Agriculture chaired by the Cabinet Secretary Peter Munya, Munya ordered the board to pay the unauthenticated claim of Sh3,225,833,463 as a pending bill without the approval of the National Treasury and no budgetary provision,” Haji says in the document.

He says the board declined to pay the amount without subjecting it to the due process.

Instead, the oversight agency demanded that NCPB account for the Sh4 billion that was meant to pay farmers, transporters, buying of the gunny bags and for service rendered to the fund to manage its maize stocks.

The board also demanded that the cereals board surrender Sh1.5 billion sales proceed for the 2017-18 financial year.

“The CS insisted that the unauthenticated claims from NCPB must be paid by SFROB which the board insisted that it was not procedural and therefore declined to approve the unlawful payment, ” Haji says.

Haji claims that it was at this point that the push to wind up the board started.

“This brought distrust and misunderstandings between the office of the Cabinet Secretary and the SFRTB that culminated to the development of the cabinet paper proposing for winding up of the Fund.

“The Cabinet Secretary for Agriculture presented the memo for discussion and consequent approval by the Cabinet, ” he said.

Treasury CS Ukur Yatani on May 19, 2020 issued a legal notice to dissolve the board by revoking the Public Finance Management Act 2015, which established the Strategic Food Reserve Trust Fund.

CS Munya had argued that the roles of the board were similar to those of the National Cereals and Produce Board.

Munya then established reforms that aimed at restructuring the NCPB to a commercial entity.

The SFRTB document also claimed unlawful withdrawal of Sh1.8 billion from the SFRTF account at Central Bank in June 2019.

The matter, according to the board, was reported to the Ethics and Anti-Corruption Commission and is currently under investigation.

On Wednesday, a press conference called by National Assembly Agriculture committee failed to take off after members waited for the chairman Silas Tiren (Moiben) for hours.

Tiren came three hours later after the members had left and did not address the press.