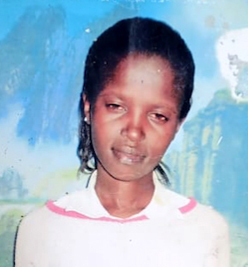 Agnes Wanjiru who was 21 at the time, worked as a sex worker to fend for her only daughter in Nanyuki.
Image: COURTESY

The UK has said while it acknowledges the anger from locals following the revelation Agnes Wanjiru - a sex worker - was killed by a British soldier, closing the Batuk training camp is not the best solution.

UK Armed Forces Minister James Heappey said the presence of the training camp promotes the business environment, adding that the chairman of the local branch of the chamber of commerce said it has been beneficial.

Heappey said that the UK is ready to coordinate with Kenya to ensure the culprits are brought to book.

“If there are further allegations that come to the light, absolutely no stone will be left unturned in making sure that we provide all the information necessary for the Kenyan authorities to investigate those claims,”Heappey said.

He continued that the UK has nothing to hide as far as Wanjiru’s death is concerned and that it is UK’s hope that the case is dealt with as quickly as possible.

“We want those responsible to be brought to justice because Agnes and her family have already waited too long for these cases to be resolved. We need that now to be investigated and brought to court in Kenya.”

Further, Heappey said that it will be appropriate for the UK to show solidarity with Agnes’ family by visiting the deceased child.

While commenting on the Kenyan Parliament's move which had threatened to shoot down military cooperation agreement between Kenya and the UK until British soldiers involved in the gruesome murder of Wanjiru are brought into the country to face the law, Heappey said the parliament is sovereign and is free to make any decision.

"Parliamentarians may make whatever judgements they wish to make but I think that would cause a lot of problems o the people that I have made this evening...but at the same time they recognised the mission's here in Nanyuki and Llaikipia County is a big cause source of employment. It brings lots of value into the economy.”

The lawmakers sitting at the Defence and Foreign Affairs Committee yesterday told Defence CS Eugine Wamalwa that they will be reluctant to renew the military deal between the two countries until justice is served in the Wanjiru case.

“The message that I have heard from the chairman of the chamber of commerce here in Nanyuki is please don’t shut the gates, please don’t keep your sales to yourselves. Stay and keep investing in our community.”

According to Wamalwa, the existing agreement has elapsed and there is an urgent need to ratify the new one.

Failing to ratify the military cooperation agreement would mean the end of the British training in Nanyuki as the foreign forces stay in the country on the strength of the agreement.

According to the elapsing Millitary cooperation agreement, visiting forces are compelled to abide by the laws and regulations of the host country.

Post a comment
WATCH: The latest videos from the Star
by KEVIN CHERUIYOT Online Journalist
News
03 November 2021 - 20:22
Read The E-Paper