What Safaricom has done is capable of being replicated by any company - Ndegwa. 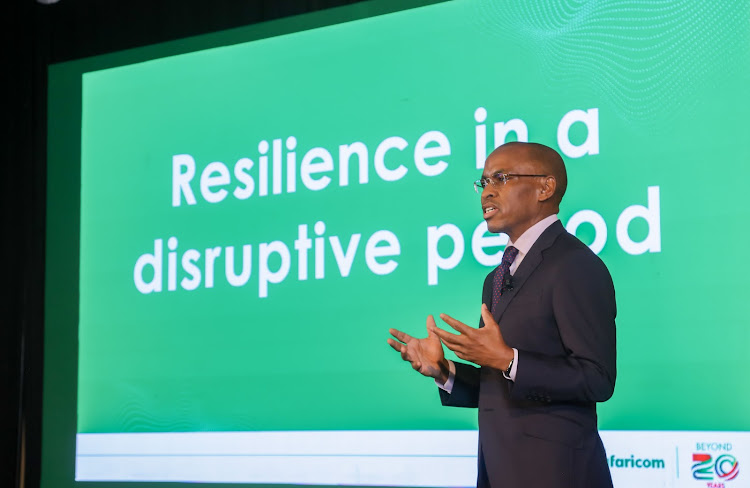 Telco Safaricom has fought off accusations it engages in unfair competition and told rivals to invest in infrastructure development and innovation.

Safaricom CEO Peter Ndegwa on Tuesday said the company has not undertaken any activity that has affected the ability of rivals to compete.

He said Safaricom's share of the market has, in fact, been decreasing year on year to the current levels which shows that competition is gaining and growing.

“What Safaricom has done is capable of being replicated by any company should they undertake the same level of investment and approach to customers,” he added.

Ndegwa made the remarks when he appeared before the Senate Departmental Committee on Communication, Information and Innovation to answer to allegations of monopolistic practices by Safaricom.

“By 2010, Safaricom’s market share stood at 80.7 per cent but has over the last 10 years dropped to dropped to 63.6 per cent in December 2020 and now stands at 64.2 per cent as at 30th June 2021 according to the statistics published by the Communications Authority,” he pointed out.

“We did not start out at the top of the market but through great investment and innovation, we have attained our current position and with the support of Kenyans we will continue to raise the flag of innovation and access to connectivity within and beyond Kenya,” said Ndegwa.

On October 29, rival Airtel Kenya told the committee the information and communications technology market in the country does not enjoy fair competition.

Airtel Kenya said there has been no dispute as to the status of Safaricom as regards its dominance status and market power.

Officials of Airtel Kenya, which is ranked second in market share among operators in the country, told senators that Safaricom has prevented fair competition to take hold in the ICT sector.

According to the Communications Authority, Safaricom has the biggest share of the Kenya mobile telecommunication market at 64 per cent, Airtel (27 per cent), Telkom Kenya (6 per cent) and others (3 per cent) as at December 2020.

The company added that a notion has been perpetuated that declaring Safaricom a dominant player is punishing success, which “in our view is blatantly myopic.”

On Tuesday, Ndegwa said Safaricom invests over Sh34 billion annually to maintain and expand its network to keep Kenyans connected and provide reliable data services. He added that Safaricom network services cover 96 per cent with 2G, 95 per cent with 3G and 94 per cent with 4G.

“We have worked tirelessly to scale access to communications in Kenya, deepened the use of Internet by rolling out 3G, 4G and now 5G services, witnessed the development and growth of a global first in mobile payment platforms through M-PESA and provided a network ecosystem in which may ICT practitioners and innovators can rely on to power their own technology start-ups,” he said.

He added that Safaricom is the largest single contributor to government taxes and has consistently been recognised as the largest corporate tax payer in Kenya for a number of years.

“In the last financial year alone,105.9 billion in taxes, duties and license fees was paid by Safaricom”

Ndegwa claimed that Safaricom contributes to 5.2 per cent of Kenya’s Gross Domestic Product, with over 6,000 direct employees of which 4,456 are permanent staff.

“We have about 250,000 M-PESA agents and dealers to whom we pay significant commissions that maintain a vibrant and competitive marketplace, and these are sustained by continued innovation”

The service was launched in March 2007
Business
4 months ago

Cost of data, calls could go up if new tax amendment is passed

Increase in cost of calls and internet will come as an increased burden to Kenyans, in a pandemic.
Business
6 months ago
by ALLAN KISIA Political Writer
News
02 November 2021 - 14:33