Kenya seeks more action for Africa at the Glasgow conference

• Ian Ngunga Mzee, 15, will join world leaders as he presents a report titled 'The Decarbonize: Global Youth Manifesto' on behalf of 35,000 youth from 54 countries. 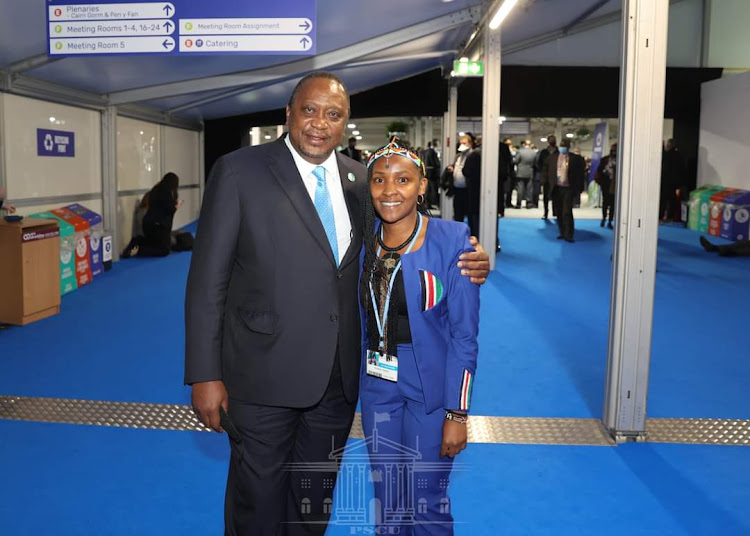 Friday will be Youth and Public Empowerment Day at the conference with events aimed at elevating youth voices and creating a platform for young climate experts to engage with decision-makers on their pressing priorities.

Ian Ngunga Mzee, 15, will join world leaders as he presents a report titled 'The Decarbonize: Global Youth Manifesto' on behalf of 35,000 youth from 54 countries.

As one of the handful of under-18 youth in the world receiving official certification, Mzee will be presenting their work in the “Blue-Zone,” restricted to official conference delegates including world leaders, and official representatives from multinational NGO’s and industry.

The Decarbonize: Global Youth Manifesto is the world’s largest synthesis of education and action focused on climate change by children under 18.

Kenya seeks greater commitment from the rest of the world at the Climate Change Conference in Glasgow, United Kingdom.

President Uhuru Kenyatta was the ninth speaker at the COP26 World Leaders Summit on Monday afternoon.

Under the moral patronage of UNESCO, Taking IT Global and the Centre for Global Education coordinate the #Decarbonize Global Youth Project.

Mzee is one of the world's six Continental Lead students, representing the voice of all the global children in the project.

In addition to presenting their work, Mzee and the other five students will be meeting with global leaders, heads of multi-national corporations and visiting local schools.

They will also be hosting a live and interactive video series, connecting thousands of schools and young people directly to events taking place within the restricted COP26 Blue Zone.

"I want world leaders to know that people in countries like mine are already being greatly impacted by the effects of the climate crisis despite having least contributed," Wathuti said ahead of the conference opening on Monday.