• A Kwale court has issued a warrant to arrest Nyali Member of Parliament Mohamed Ali over a surety he stood for a terror suspect.

• MP Ali said he was not aware of the said warrant. He added he is ready to cooperate with authorities to sort out the issue if any. 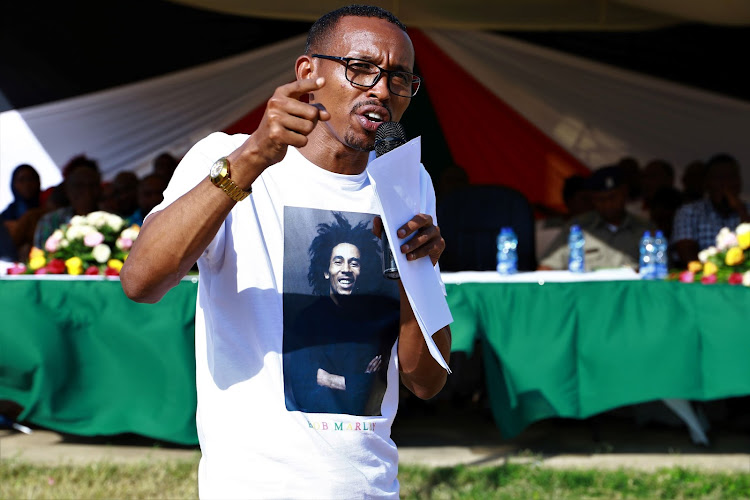 A Kwale court has issued a warrant to arrest Nyali Member of Parliament Mohamed Ali over a surety he stood for a terror suspect.

This was after the suspect Noordin Hassan Abdallah alias Kamanda failed to appear in court on October 4 and November 1.

The MP had earlier been summoned to court on October 4 but he apparently failed to show up forcing the Kwale Principal Magistrate to issue the warrant the following day.

Ali had stood surety for Abdallah who jumped bail for an offence he is facing in the court.

He was charged with the offense of being in possession of radicalization articles vide case number 846/16 before being released.

Abdallah was arrested in 2019 in Shimoni in Kwale while allegedly conducting recruitment and radicalization of local youths into Islamic State terror group and was later charged and released on bond.

Officials say Abdallah is an associate of Salim Rashid Mohamed alias Chotara alias Turki an IS operative who was recently filmed conducting a beheading in DR Congo.

He had in March 2020 been arrested in Mombasa after being captured on CCTV mugging two people, one of them a school girl.

He was later released on bond.

Police say they have not seen him since then.

On Tuesday, Ali said he was not aware of the said warrant.

He said as far as he was concerned, the case is scheduled for hearing on November 18.

“We went to court and the case was scheduled for hearing this month on 18. Is there a warrant I am not aware of? I am not aware to be honest,” he said.

He added he is ready to cooperate with authorities to sort out the issue if any.

Ali said he is aware of the case and that he stood the surety long before he became an MP.

He said the suspect had been arrested over a different matter of possession of marijuana and he stood surety of Sh50,000.

When the matter came up for hearing, according Ali, the court allowed him to look for the suspect and present him on November 18.

“I don’t know how it changed because the last time I tried to withdraw the surety they refused and insisted I bring him. So we are supposed to go back to court,” he added.