• Waruingi said Yala Swamp is an important habitat for many endangered fish, birds and mammals.

• Waruingi said if NLC goes ahead and allocates the land, it will be a major subversion of human rights. 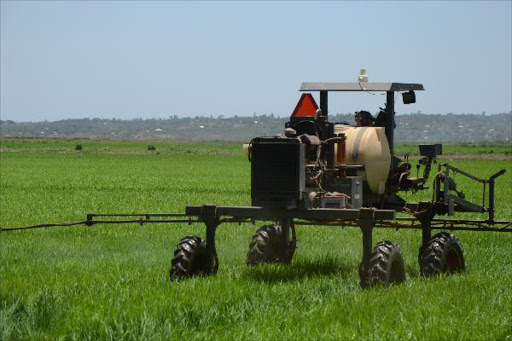 Nature lovers are up in arms after the National Land Commission attempted to allocate a piece of land within Yala Swamp to a private investor.

The commission on October 14, in an advert, gave notice for the impending allocation of part of the land to the private firm.

Lake Agro Limited was to be the beneficiary of the parcel.

But Conservation Alliance of Kenya, an umbrella organisation of more than 50 NGOs in Kenya, has rejected the bid.

Nature Kenya, through executive director Paul Matiku, has added its voice against the move.

Waruingi said Yala Swamp is an important habitat for many endangered fish, birds and mammal species.

In addition, Waruingi said, the swamp contributes significantly to the ecological and hydrological functions of the Lake Victoria basin and is an important filter for pollutants.

"The delta also provides 250,000 farmers in its vicinity with vital resources. These include cultivated crops, grazing, fishing, and the provision of building materials."

Waruingi said if NLC goes ahead and allocates the land, it will be a major subversion of human rights.

She said a lease of 99 years is freehold, and this allocation would be an intrusion on the independence of indigenous and local communities who depend on Yala Swamp.

"NLC and county government holds the land on behalf of the community and cannot allocate over 50 per cent of the land held to a private developer."

Waruingi said there was inadequate public participation as stakeholders, including local communities, were not consulted during NLC field visits or otherwise.

"The allocation is illegal. No environmental impact assessment was done as per the Environmental (Impact Assessment and Audit) (Amendment) Regulations, 2016," she said.

Waruingi said the allocation to a private investor will necessitate land-use change, based on agricultural ventures and approaches to be adopted.

"These will come with positive and negative environmental impacts."

Waruingi said the proposed allocation has not considered all necessary safeguards to ensure that Yala Swamp retains its natural value in biodiversity richness.

Conservation Alliance of Kenya and Nature Kenya have recommended that all land-use plans in the area must be aligned to the Yala Swamp Land Use Plan and the strategic environmental assessment.

"Commission a full environmental impact assessment as per the Environmental Management and Coordination Amendment Act 2015."

Others include Yala Swamp Planning Advisory Committee, Nema, National Museums of Kenya, Nature Kenya, the membership of the Conservation Alliance of Kenya and Inter-Ministerial Technical Committee on Deltas.

They said the county needs to establish Yala Swamp Land and Water Management Committee as proposed in the Land Use Plan to oversee land and water resource management.