Kenya receives 990,990 doses of Pfizer vaccine from US

The donation will ensure people who received their first doses get the final jab.

• He announced a major new Covid vaccine donation to Africa. 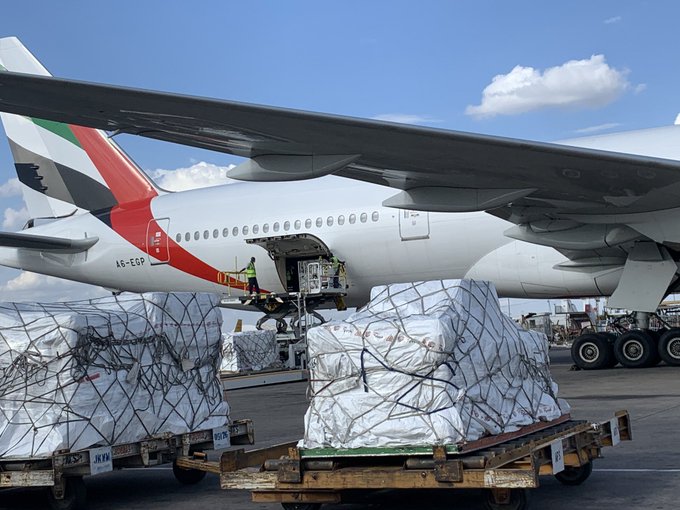 Kenya receives another batch of Pfizer vaccines from the US.
Image: WHO KENYA

The US has donated another batch of 990,990 doses of Pfizer vaccines to Kenya.

The consignment arrived on Friday afternoon at JKIA, delivered by the Covax facility.

The Ministry of Health thanked the US for the donation, saying it will ensure people who received their first dose get the final jab.

During the meeting at the White House, Biden said the US would donate another 17 million doses of the single-shot Johnson & Johnson vaccine to the African Union.

That was on top of 50 million doses that had already been dispatched.

The first batch of 795,600 doses of Pfizer vaccines arrived in the country on September 17, and another donation of 210,600 doses arrived later.

Earlier this month, Kenya received the first batch of special Pfizer vaccines from the US.

Kenya receives first batch of Pfizer vaccines from US

Another batch of syringes is expected on Sunday and Monday.
News
1 year ago
Post a comment
WATCH: The latest videos from the Star
by KEVIN CHERUIYOT Online Journalist
News
29 October 2021 - 17:52
Read The E-Paper