He was once homeless but now rescues city street youths

• Njine runs a workshop, ‘Orphans and Vulnerable Youth Center’, in Block 10 area of Kawangware where he trains over 20 young men in carpentry.

• Once a street boy himself, he goes out of his way to find street children and teaches them skills that will save them from a life of destruction. 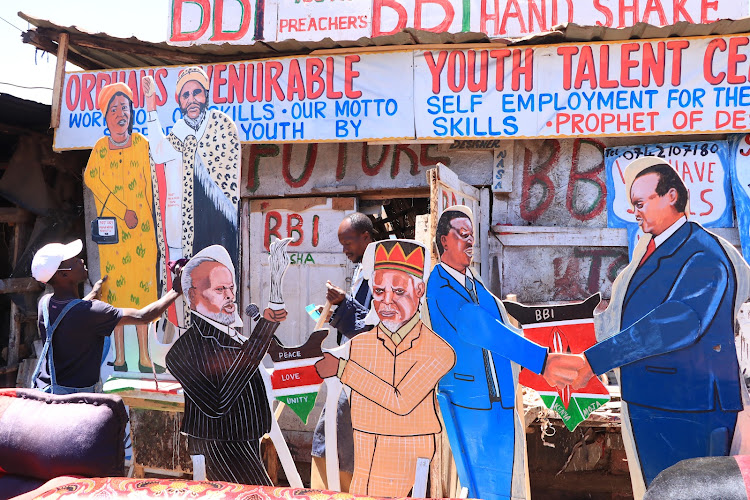 When Joseph Njine first landed in Nairobi, he had no family or relatives to host him as he picked his way around the concrete jungle. All he had were his artisan skills inherited from his father.

He had arrived from Meru in early 2000s in a lorry that supplied timber to Gikomba market. He was left stranded in the city when the lorry returned home without him.

Today, Njine runs a workshop, ‘Orphans and Vulnerable Youth Center’, in Block 10 area of Kawangware where he trains over 20 disadvantaged youth on carpentry skills.

For 40-year-old Njine, empowering vulnerable youth in the community is his life's purpose.

“I was with two other boys but they were younger than me. I was around 20 years and the others were about 16. When we realised we had no way back home, the boys started crying,” he recalls, laughing.

Njine had to look for a place for them to shelter for the night as they sought how to get home.

Fortunately, he found a workshop in Gikomba and asked the owner for an opportunity to showcase his artisan skills for a fee.

“The owner told me to make a bed and get paid Sh900. I asked him to let me make two beds and, thankfully, he agreed. I made the beds in seven hours and got paid my Sh1,800,” he said.

Ecstatic about earning so much money in a day, he decided not to go back to Meru. He gave the two boys bus fare to back home and was left with Sh80 and great hope for his future in the city.

Being the firstborn son, and his parents long gone, Njine struggled to support himself and his five younger siblings who were back home in Meru.

He was even kicked out of a house he rented in Gikomba for lack of rent and he was on the streets for six months when he found work at an Anglican church in Kariobangi.

“In 2003, there was a crusade in Gikomba and a preacher was standing on top of the pulpit so everyone could see him. It broke. I saw an opportunity to help and I patched it up using a stone as a hammer. They were so grateful they found me a job at the ACK church Kariobangi as a carpentry teacher,” he said.

“That was the moment I realised how important skills are. My skills saved me from the streets because I was about to be evicted from my house in Gikomba,” he adds.

He taught woodwork at the Kariobangi church where less fortunate children who couldn’t afford higher education got various technical skills. He loved that they were able to take kids who had no hope of a future and they would renew their hope.

When he left the programme in 2006, Njine had a strong urge to start his own mentorship project.

“I moved to Mathare and with the little savings I had, I opened a workshop,” he said.

He would then go around the area looking for street boys he could teach artisan skills. He would befriend them by chatting with them, bringing them food, and then he would try to convince them to stop substance abuse. Sometimes he would offer his workshop for them to sleep at night.

Eventually, he convinced a few of them to come to the workshop. He would also get orphans and other vulnerable youths from the area and teach them.

Njine moved to Kibera in 2007 and opened another workshop but it was burned down during post-election violence that year.  He estimates that he lost over Sh800,000 in the destruction. He moved to Kawangware in 2008 but the same fate followed him during the 2017 polls, further pulling him and his family back financially.

"I was so heartbroken. I didn't understand why such things were happening to me. I felt targeted and I didn't think I would ever recover and rebuild my centre," he said.

With the help of well wishers in Kawangware, Njine was able to rebuild his workshop and resume operations in 2018.

He says that the youth are easily manipulated by politicians during electioneering season if they are unemployed and vulnerable.

“If you have skills, you won’t be lured by politicians with handouts. You will be self-employed and empowered and not easily persuaded by selfish politicians. You won't go out and burn someone's business because a tribal leader has misled you,” he noted.

According to him, he has mentored over 150 young men since he started his talent centres.

He goes as far as paying rent for them and bringing them food as he trains them in the workshop to be self-reliant. He goes to restaurants in Hurlingham and Kilimani, asks for leftovers, and takes them to street kids and his boys in Kawangware.

Shariff Hassan, one of the young men Njine mentors in Kawangware, says he does not know where he would be if Njine had not found him in the streets of Kawangware in 2013.

"I was orphaned when I was a child and that is how I became a street boy. I used to collect sponges to bring to carpenters and Joseph told me he could teach me carpentry skills so I could fend for myself," Shariff said. "I would probably still be in the streets or dead if I hadn't joined the workshop. Now I make my own money and I have a small family," he added. 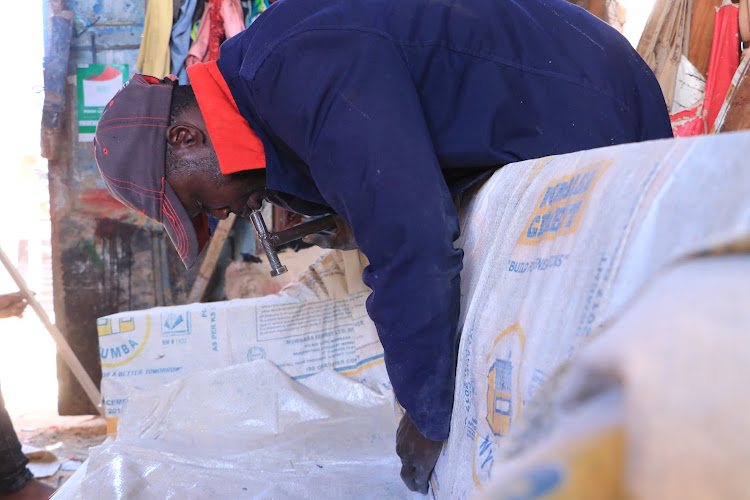 Shariff Hassan working on a sofa at the centre in Kawangware on Tuesday 24, August .WILFRED NYANGARESI

David Mwangi, a colleague of Njine's since 2017, says that the boys are treated fairly and paid according to their work.

"Once they are well trained, we send them out to places we have received orders from and they do their work very well," Mwangi said.

Njine receives orders from different places in need of carpenters and he sends his boys. Sometimes he also comes along on assignments. Once the work is done, they split the earnings among themselves according to how they have worked, Njine says. 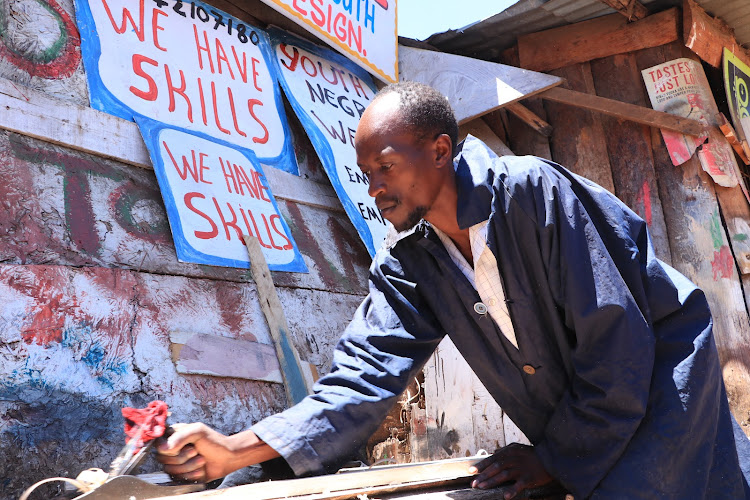 Carpenter David Mwangi, one of the beneficiaries of the rescue program working at the Orphans and Vulnerable Youth Talent Centre in Kawangware on Tuesday 24, August. WILFRED NYANGARESI

Currently, his boys are on assignment in Kangemi and Dagoretti in construction sites, Ngong and Utawala in furniture showrooms, and even Eldoret where they are doing interior fittings.

Sometimes Njine meets his boys, as he refers to them, in different places and they want to pay him back for what he did for them. He always declines.

“I don’t want gifts or money from them. The best way they can pay me back is by paying it forward. If each one of them mentored two vulnerable youths like they once were, that would be enough,” he said.

Njine would like well wishers to help him and his boys by referring them for carpentry jobs or contracting them.

"If we can get funding, that would be great. But if we could get carpentry jobs to do, that would be wonderful. The pandemic has been extremely hard on us and a little help would go a long way," he said.

His hope is that one day he can help more vulnerable youths by opening more workshops or even schools for them in every slum across the country.

“I look at young men who are in bad shape, with no guidance, and with the world against them and I feel sorry for them. I feel that if I were in that position, I would probably be doing the same vices they are doing. But if they had skills they could fall back on, maybe they would feel there is still hope for them,” he concluded.