•Kiama spoke on Wednesday during the flagging-off of 200 students travelling to Israel for agricultural Internships.

•He said most training in the country focuses on knowledge and ignores important skills. 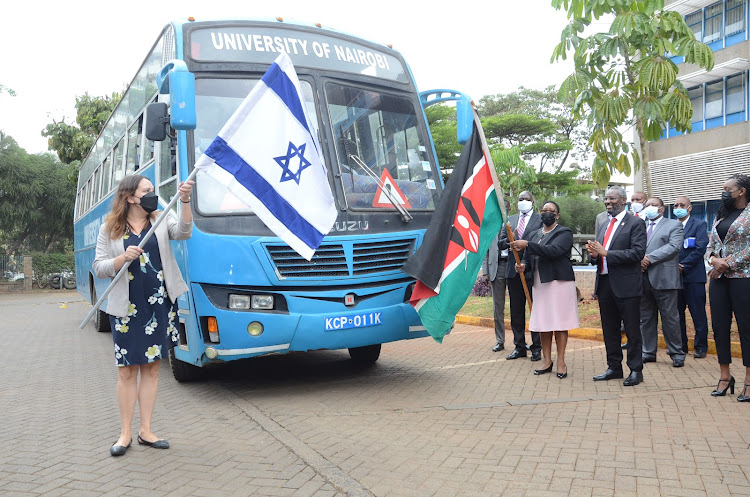 University of Nairobi vice-chancellor Stephen Kiama has called on institutions of higher learning that offer agricultural courses to ensure students are holistically equipped both theoretically and practically.

Kiama called for reforms in the education sector that will allow students to get exposure in the fields they study in.

Kiama spoke on Wednesday during the flagging-off of 200 students travelling to Israel for agricultural internships.

“We need to change how we do our training so that by the time you get into the agriculture programme, you see yourself as a businessman or an entrepreneur,” Kiama said.

The don expressed his trust and commitment to supporting the students even as he is set to conduct a mid-term evaluation test in 2022.

He said most training in the country focuses on knowledge and ignores important skills.

“It's not only the knowledge you gain helps you get a job in an office, but you use that knowledge for transformation,” he said.

Water Cabinet Secretary Sicily Kariuki asked the students to set up agriculture enterprises once they come back using practical skills they acquire through the programme.

Sicily expressed her satisfaction with Arava International Center for Agricultural Training graduates who are doing well in both the private and agriculture sector.

“My desire is for a big number to venture into setting enterprises for themselves to be able to impact the delivery of food security,” she said.

Nathan Kikwai who is among the students travelling to Israel hopes to come back with advanced skills in the agricultural sector.

He thanked the government for the partnership that he says is critical to boosting their hands-on skills in the agricultural sector.

The students will be trained in agriculture, water, irrigation and will pursue an advanced diploma in agriculture and agribusiness

The partnership between President Uhuru Kenyatta and Israel Prime Minister Benjamin Netanyahu in 2016 has seen close to 440 students leave the country for agricultural training in Israel.

This year, the largest cohort of 200 students will travel to Israel for eleven months at the AICAT.

The first lot of trainees left the country in 2016, this year's group is the fifth.

The previous group who returned a month ago were affected by Covid -19 and had to stay longer in Israel. 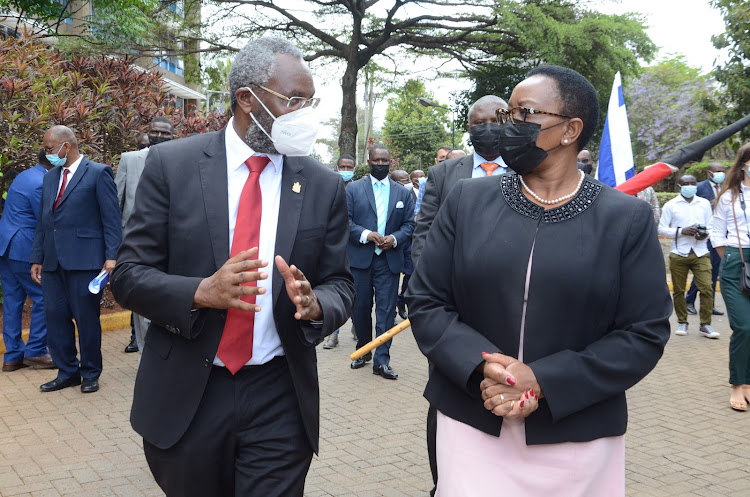 University of Nairobi Vice Chancellor Stephen Kiama and Water CS Sicily Kariuki during the flagging of 200 student travelling to Israel for agriculture internship at Maji House on October 27, 2021
Image: DOUGLAS OKIDDY
Post a comment
WATCH: The latest videos from the Star
by LAURA SHATUMA
News
27 October 2021 - 23:00
Read The E-Paper