He is listed as a director of Agropack Limited that was allocated 6.795 hectares 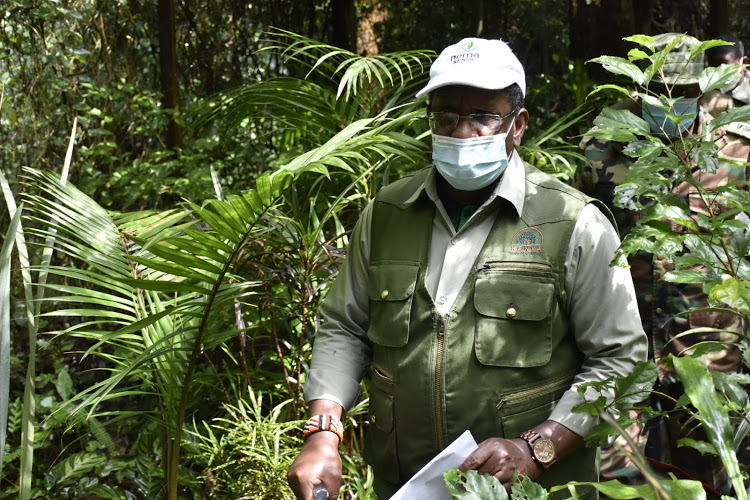 Environment CS Keriako Tobiko has revealed the names of the beneficiaries of illegal allocation of Kiambu forestland.

In a dossier, Tobiko exposed individuals and companies illegally and irregularly allocated 106.38 hectares (263 acres) of the forest.

One of the prominent beneficiaries is MP Onesmus Kimani Ngunjiri, a director of Agropack Limited that was allocated 6.795 hectares (16.7 acres).

The CS tabled the document during a virtual meeting with the Senate Security committee that is investigating the murder of environmentalist Joannah Stutchbury and the claims of massive grabbing and encroachment of the forest land.

Some 13 conservationist groups and human rights defenders petitioned the Senate to probe the murder, claiming Stutchbury was killed by people keen to grab forestland.

Stutchbury, a renowned environmentalist, was shot dead outside her home in Kiambu county in July.  She was passionate about the conversation of the Kiambu Forest reserve.

“A gazetted forest can only be reallocated if it is degazetted and the degazettement must also be approved by Parliament,” Tobiko said.

Other individuals allocated land include Mike Maina Kamau and Nguru Muregi Wachira through Pelican Engineering & Company Limited. The company was allocated 29.68 hectares (73.3 acres). Kamau is a director and owns 100,000 shares.

The late Limuru MP Kuria Kanyingi of Kama Agencies Limited was allocated 15 hectares (37 acres). The title document was issued under the name of the company.

“In 1999, a further illegal excision of 15.0ha was done and allocated to Mr Kuria Kanyingi. The remaining 14.5 ha was claimed by Hon. Onesmus Kimani Ngunjiri. However, this area is forested with indigenous trees,” Tobiko said.

Also allocated the land is Kiambaa (Nyakinyua) Women Group. The group was allocated 39.82 hectares (97 acres) and has developed the land.

However, according to the CS, who said his office conducted a search at the registrar of companies, Kama Agencies does not exist in the database of the registered companies or businesses.

“It should be noted, however, that the areas developed within Kiambu Forest Reserve remain public forests as they have never been de-gazetted and were, therefore, not available for alienation,” the CS said in the documents.

He attached search documents from the registrar of companies, purported title documents and correspondences with the National Land Commission seeking repossession of the parcels.

He also attached copies of court documents, including affidavits sworn by the claimants of the land against the government through the Kenya Forest Service (KFS). Some withdrew the cases, he said.

Tobiko disclosed that the government, through KFS, has made several efforts to protect and secure the forest reserve.

They include the issuance of eviction notice to the beneficiaries of illegal allocations and a public notice in the newspapers to prevent further grabbing and subdivision of the forest.

The government has also placed a caveat, intensified surveillance and patrols to secure the forest, and requested the NLC to review grants believed to have been irregularly issued in the forest.

“The beneficiaries of the illegal land allocation went to court and filed a suit. The applicants sought to quash the decision contained in the caveat emptor notice declaring a portion of the protected Kiambu Reserve and warning the general public against any purchase thereof,” he stated.

The CS said the NLC had in 2017 informed KFS of numerous inquiries by landowners whose plots they had determined to be part of the forest.

The commission had resolved to investigate the allocation of the forest but did not complete the inquiry as its jurisdiction ended.

“To this end, we recommend that the expired mandate of the NLC to review grants of the illegally acquired public land be renewed through appropriate legislative amendment by Parliament."