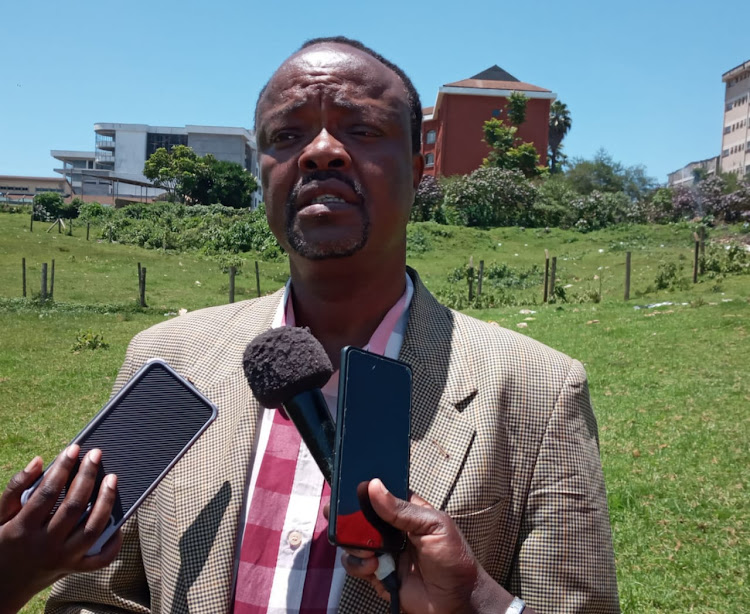 Nandi politician Stephen Tarus has said he won’t back down on his stand on the plight of farmers and people of Rift Valley.

Tarus, who is a former Kenyan envoy in Australia and Emgwen MP, said the statement he made in Eldoret during a tour of ODM leader Raila Odinga was the naked truth.

The politician said, the Jubilee administration had abandoned people of the North rift since 2018 despite producing  the second powerful person in government.

Speaking in Kapsabet on Sunday, Tarus hit out at Kapseret MP Oscah Sudi for inciting the residents against him over his previous remarks over the plight of the people.

He spoke moments after making a police report with directorate of criminal investigation over Sudi’s attack during the funeral of athlete Agnes Tirop at Kanyemisa in Nandi on Saturday.

Tarus said the attack against him amounted to incitement that resulted into reports circulated in social media to the effect that his Chepterit rural home had been set on fire.

“These are meant to intimidate and harass me over my position and opposition of DP William Ruto’s presidential candidacy which would not help to reverse the loses we have incurred under his watch,” Tarus added.

During the burial, Sudi had warned Tarus from publicly attacking DP  Ruto during ODM meetings.

Sudi warned him of far reaching consequences saying what Ruto was seeking wasn’t a community seat, and that he should not expect them to watch him damage Ruto’s character.

Responding to Sudi, Tarus said the Kalenjin community had nothing to celebrate for having one of their own occupy number two position under Jubilee administration.

“It is the same government Sudi was elected in that brought down the economy, and they have no explanation to us why 78 per cent of Kenyans are living below poverty level.”

Adding, “President Kibaki left when it was 48 per cent, they cannot explain to us why their government failed to equitably distribute developments, railway, dual carriage and roads,” Tarus added.

On Sunday, Social media was awash with reports that his palatial home had been torched by youths after a dress down by Sudi during the burial.

Tarus explained that, he would not take lightly the threat having been a victim of the 2007/08 PEV where his cattle were driven away and slaughtered.

“These kind of utterances being made by politicians during funerals will kill this country. They don’t even care about the plight of the bereaved, they only care for UDA and the DP,” he said.

He said poverty was nothing good to be used as a platform for political mileage.