Kipchoge was crowned victor in 2018 and 2019 but missed out last year.

•Kipchoge was nominated for the award alongside nine others. 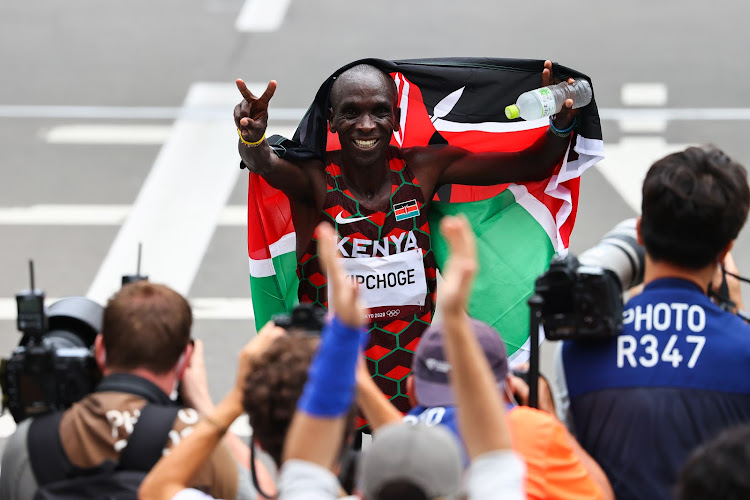 Eliud Kipchoge of Kenya holds the flag of Kenya and celebrates after winning gold
Image: REUTERS

Kipchoge was nominated for the award alongside nine others.

The world record holder for the men's marathon was crowned victor in 2018 and 2019 but missed out last year, which came almost two months after a disappointing outing at the London Marathon where he finished a shocking eighth due to fitness complications.

Kipchoge has since bounced back handsomely from that setback to win a second successive Olympic marathon title in Tokyo, a couple of months after he excelled at the NN Mission Marathon in Twente, the Netherlands.

Receiving the Award on Sunday, Kipchoge said he was happy to bring hope as the world faces Covid-19 pandemic.

Also nominated for the award was Ugandan Joshua Cheptegei who finally clinched his first Olympic gold at the Tokyo Games in August, timing 12:58.15 to win the men's 5000m.

The 10,000m world champion and world record holder also came away from the Japanese capital with a silver medal in the 16-lap race.

It will not be an easy passage to the throne for the Kenyan as the other nine competitors have an equal claim to the top gong owing to their stellar ...
Sports
8 months ago
by SHARON MAOMBO Business Writer
News
24 October 2021 - 20:33