Bus Rapid Transit to be completed next year — Namata

Line 5 funding has been obtained from Korea Exim Bank 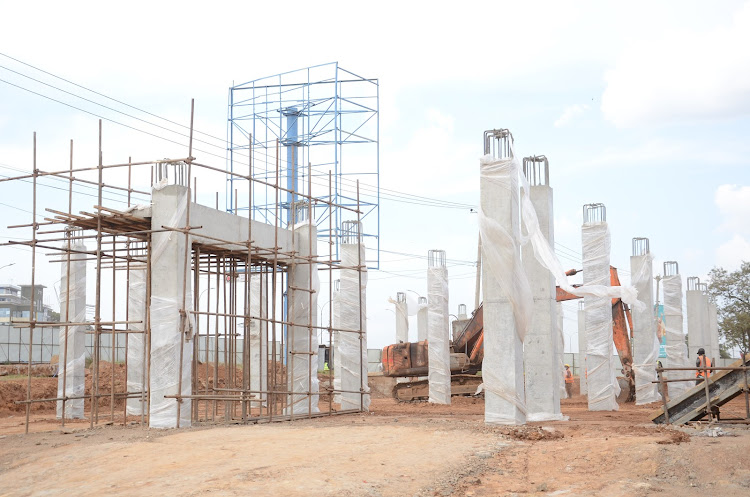 The Bus Rapid Transit project will be completed by next year.

"We should have it completed by February and March next year," Gitau said in his office.

The authority is mandated to establish an integrated, efficient, effective, and sustainable public transport system.

Namata has gazetted five BRT lines which are in different phases of development.

The feasibility study for Line 1, which is called Ndovu, is under review while Line 2, called Simba, is under construction.

"Detailed design for Line 3 has been submitted while finance is being sought for Line 4," Gitau said.

He said funding for Line 5 has been obtained from Korea Exim Bank.

Line 4, which is called Kifaru, is composed of East and West.

The East one runs from Mama Lucy Hospital-Donholm (Jogoo Road)-CBD.

The West one runs from CBD- T Mall-Bomas-Karen and Kikuyu.

Gitau said BRT will not only decongest the city but also help cut thousands of tonnes of carbon dioxide emissions.

He revealed that the BRT is set to have right of way, coloured pavement, dedicated BRT lane, flyovers, level station, prepaid fare collection, footbridges, sidewalk, pedestrian crossing and facilities for the disabled.

Gitai said once the project is complete, it will be integrated with commuter trains.

"Flyovers are being provided over most congested intersections," he said.

Gitau said a fleet of 110 electric buses will be provided.

Such buses will be 18 meters articulated, with zero emissions in line with Kenya's national climate change action plan and with a capacity to carry 140 passengers.

BRT project in Nairobi's Kasarani area has started to take shape with the administration block coming up.

Park and ride facilities with 130 spaces have also taken shape.

Those with personal cars will park them before getting into BRT buses.

Demarcation of the corridor and the establishment of a bus park is underway.

Gitau said this will be a reliable mode of commuter transport planned to decongest the central business district, ease transport woes, reduce travel time as well as reduce air pollution.

Traffic snarl-ups in the Nairobi metropolis are estimated to cost the country Sh2 billion annually.

The buses are to operate between Thika Superhighway, Nairobi city centre and Kenyatta National Hospital.

At Kasarani, the maintenance block that can accommodate 10 BRT buses at the same time is expected to be completed in eight months.

Platforms for picking and dropping passengers are also at an advanced stage of construction.

There are two access points into the Kasarani depot.

Park and ride facilities with 130 spaces have also taken shape.

Gitau said BRT must conserve fuel, be safe and accessible.