Be content with your salary, former GSU commandant urges cops

•The former top cop retired at the mandatory 55 years in 2003 at the rank of senior deputy commissioner of police.

•He had served in the Kenya Police for 35 years. 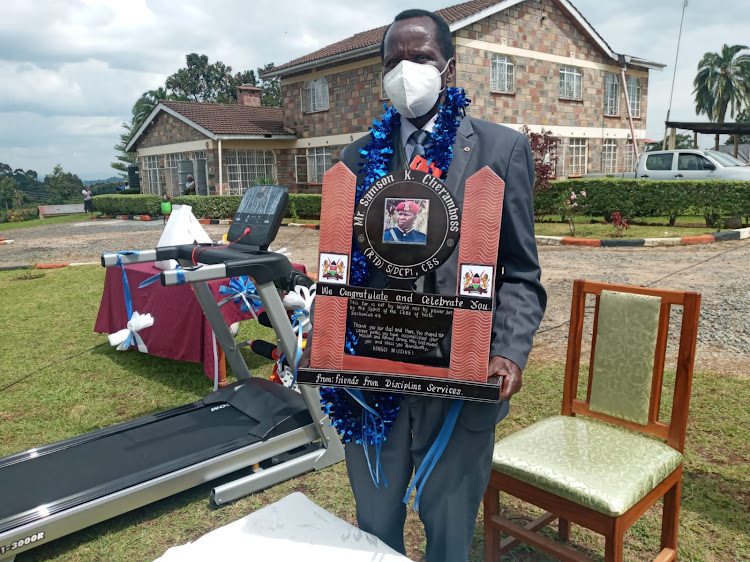 Former GSU commandant Samson Cheramboss has appealed to police officers to be contented with their salaries to tame corruption.

Cheramboss, 74, said corruption was a big hindrance in the delivery of service to the public.

“When I look back at the sacrifices I made and the selfless work I did for my country, I am happy and satisfied,” he said.

The former top cop retired at the mandatory 55 years in 2003 at the rank of senior deputy commissioner of police. He had served in the Kenya police for 35 years.

He was recruited as a constable in 1968 in Kapsabet.

He spoke at his Kesegon home during Mashujaa Day on Wednesday. Over 100 police officers who worked with Cheramboss visited him.

The officers led by Hillary Limo and Philip Sang recalled that through his mentorship, they succeeded.

“We decided to come, visit and thank him because of the mentorship he imparted on us,” Limo said. 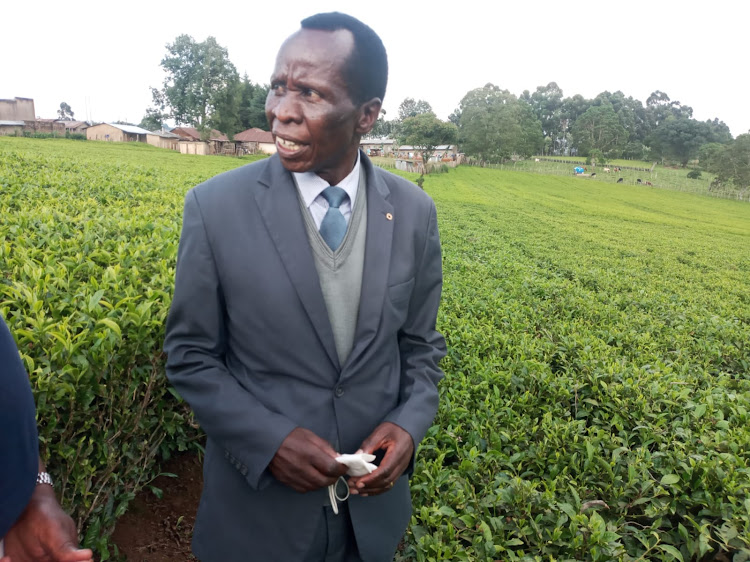 “There is no other day we could come and say thank you other than Mashujaa Day,” Sang said.

Cheramboss urged them to remain loyal, respect and honour those above them.

He is a lay canon at the Anglican Church and the patron of St Andrews Tendwo ACK Church, which he founded.

He engages in various farming activities which include a 14-acre tea farm at his rural home, cane farming and dairy rearing at his farm in Soy in Uasin-Gishu among other activities.

“I am now prioritising supporting the needy in the society. That is how I spend my little pension and income from my three posho mills,” he said.

He served as GSU commandant, head of Presidential Escort unit personnel, deputy director in charge of security at the KWS, provincial police officer, OCPD, OCS, head of investigations among others.

Outside the police service, he has served as the chairman of Kenya Airport Authority, director Ewaso Ngiro Development Authority, council member Moi University, and chairman of various Anglican sponsored schools in Nandi.

Cheramboss was gifted with a Friesian heifer, gym equipment and a portrait to mark his 19 years of retirement. 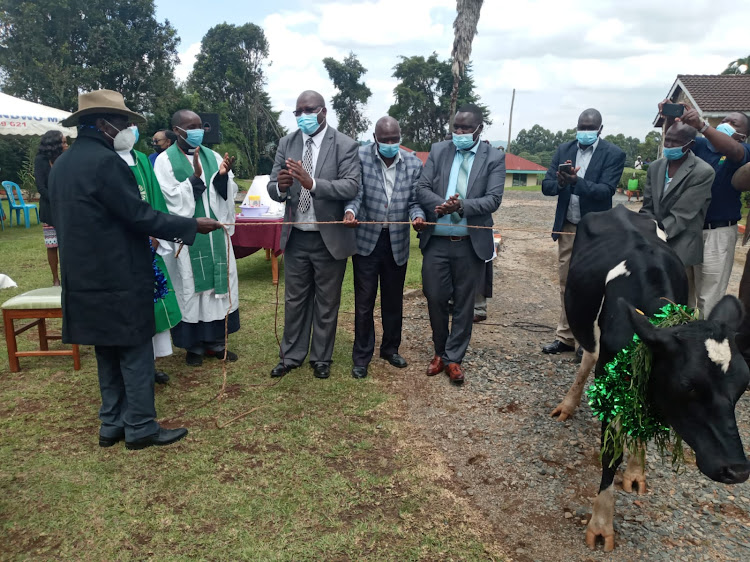 A Frisian Holstein gifted to him by police officers who worked under him.
Image: BARRY SALIL
by BARRY SALIL Correspondent, Rift Valley Region
News
21 October 2021 - 23:00