The duo did not know each other but exchanged contacts.

• Moseti spent the night and the next morning she prepared herself to leave.

• However, Joseph requested her to continue staying with him and leave the following day, the police report says. 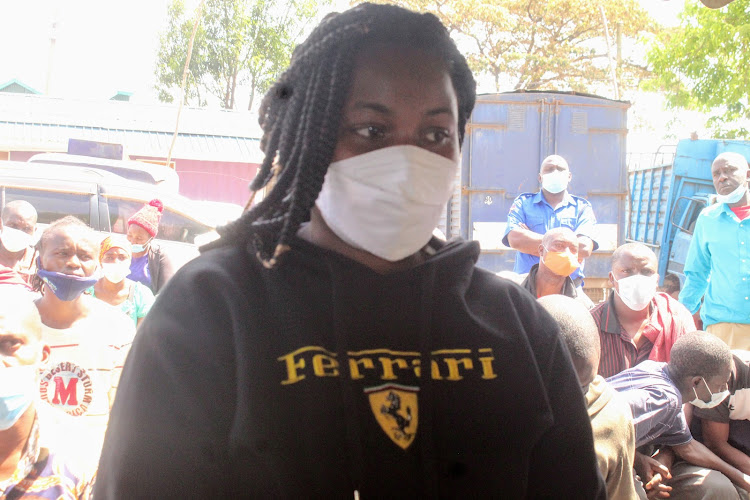 A Ugandan businessman sued a woman he accused of  drugging him before stealing his  money.

Clare Moseti denied stealing Sh130,000 from  Joseph Kyakulumbye at an apartment in Kilimani on diverse dates between October 14 and 16.

She was also accused of drugging him but denied both charges before Kibera senior principal magistrate Charles Mwaniki.

A police report states that Joseph had just got into the country and was having fun at a joint in Kilimani when he was unexpectedly joined by two women, one of whom was Moseti.

The duo did not know each other but exchanged contacts.

Later after drinks, Moseti and her friend accompanied Joseph to the apartment where he was staying and they continued having fun before Moseti’s  friend left for her house.

Moseti spent the night and the next morning she prepared herself to leave but Joseph requested her to continue staying with him and leave the following day, the police report says.

Moseti is said to have agreed and the following day they went for drinks, before going back to the apartment.

She told him that she wanted more drinks.

They again went back to a club and later that night Joseph passed out while seated on the couch till the following evening when a security guard knocked on his door to check whether he was alright.

Joseph was not feeling well. He was dizzy and tired. He could not walk properly.

The security guard told of the events of the previous night and he told him that Moseti had requested for an Uber ride that night but he refused to let her go after seeing him naked and unconscious on the couch.

Joseph went to check on his money and found it missing and  contacted Moseti who denied seeing it but, allegedly later on admitted to having taken the cash which she claimed to have given to the Uber driver.

She gave him the driver's mobile phone but he had switched it off.

Joseph reported the matter to the authorities and she was arrested and taken to court where she pleaded not guilty.